Posted on April 16, 2016 by The Anglophile Channel

It was the question on everyone’s mind when it was announced that The Duke and Duchess of Cambridge would be visiting the Taj Mahal during their tour of India and Bhutan. Would they visit the famous bench where William’s mother Diana, Princess of Wales sat alone in a photo that signified to the world that her marriage was over?  We all wondered ‘would they go there?’…and indeed they did. 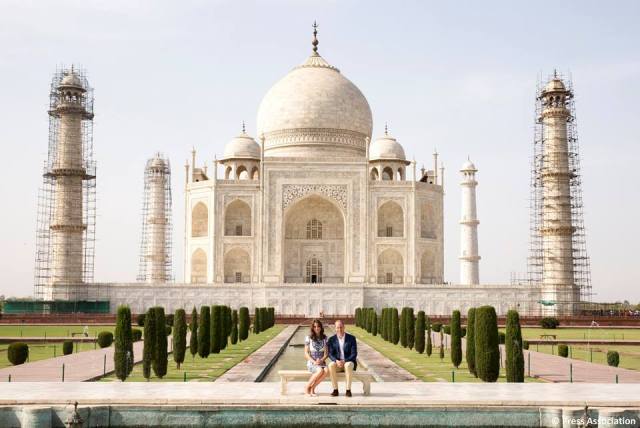 William and Kate at the Taj Mahal…creating a new memory! (Photo: Press Association)

Prince William and Catherine posed at the mausoleum in Agra on this, the final day, of their tour of India and Bhutan. 24 years prior, Diana Princess of Wales sat in the very same spot….alone. Poignant firstly because the site is considered a monument to love as it was commissioned in 1632 by the Mughal emperor, Shah Jahan (reigned 1628–1658), to house the tomb of his favorite wife, Mumtaz Mahal who died giving birth to their son.  And secondly because the photo captured Diana’s isolation as her marriage to Charles the Prince of Wales, would soon be over.

Royal officials said William and Catherine hoped to create new memories with this photo. Later, however, a KP spokesman said the decision to take the photo on the famous bench was made simply because it’s “what all visitors do at the Taj Mahal…”. Yes, but surely he couldn’t ignore the significance of these “tourists”….visiting ‘this bench’.  As former royal press officer Dickie Arbiter said to the BBC, it was a “very brave” thing for Prince William to do. And indeed it was…

And we’re sure Diana, as always, is smiling down on the royal couple. 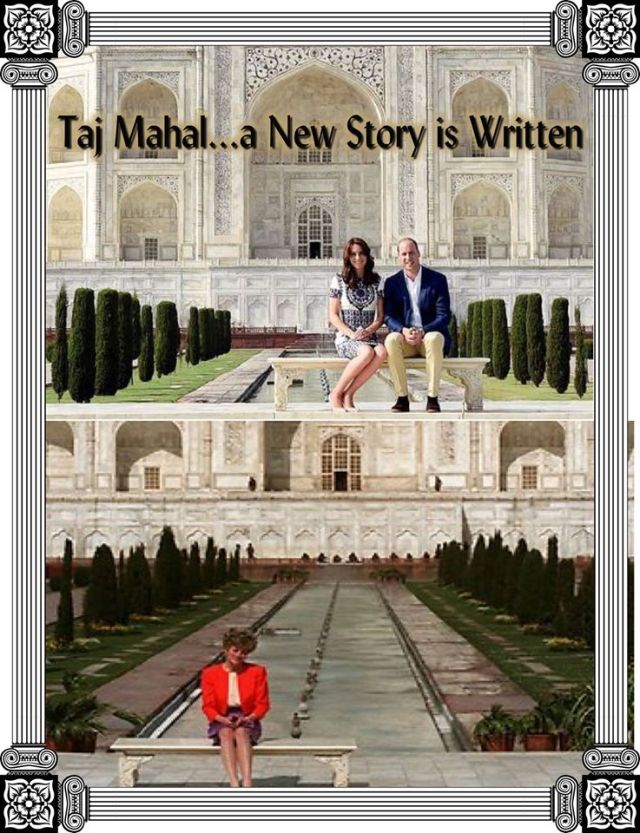 Like Loading...
This entry was posted in Rule Britannia! and tagged Prince William, Royal Visit India, Taj Mahal, The Duke and Duchess of Cambridge, William and Kate. Bookmark the permalink.