A VERY DOWNTON TEA PARTY at THE GROVE

The Downton Abbey Garden Party at The Grove, LA 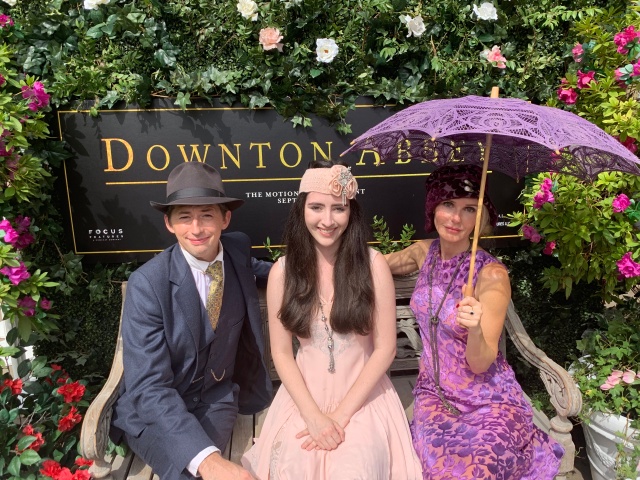 Guests were greeted by perfectly costumed Downstairs servants who bowed or curtsied and called guests M’lady and M’lord. I have to admit, it made me feel just a little bit regal. Mr. Carson would be proud.

Actors dressed in their 1920’s fashions engaged guests in conversation “in character” taking on the personas of various Lords and Ladies of Britain.

Teatime guests were treated to beautifully laid out English Afternoon Tea which included cucumber sandwiches, bite sized scones and a variety of teas.

There were fun activities such as selecting your own loose-leaf tea and having them custom-wrapped in a sweet tin labeled with Downton Abbey, and accompanied by complimentary gifts such as tea spoons and steeping bags. Downton fans could also get their silhouettes drawn by a master craftsman, or have specially arranged nosegays or bouquets made of fresh roses and spring flowers wrapped in ribbon, all the while a live band played the best tunes of the era. 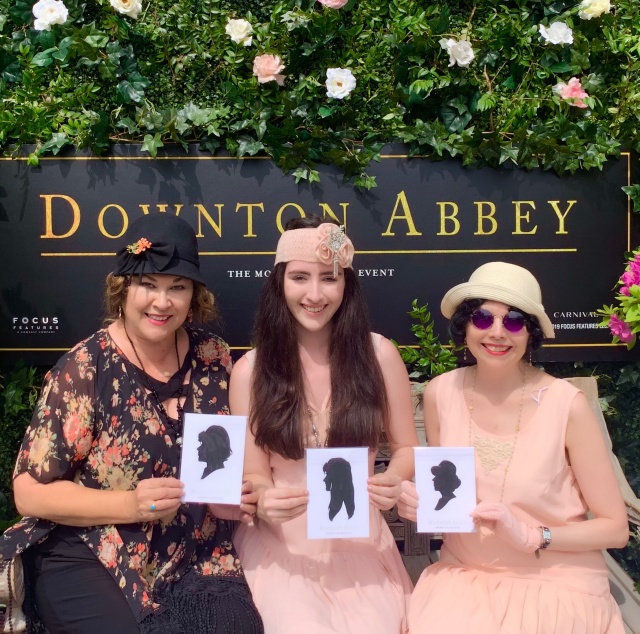 It was the type of afternoon Southern California Anglophiles only dream about…to take a step back in time to a bygone era when elegantly dressed ladies and distinguished gentlemen enjoyed polite conversation over afternoon tea. We didn’t want it to end.

Here are more photos of this memorable Downton Abbey afternoon: