On The Red Carpet with The Anglophile

The Anglophile Channel is SPOT ON! at all the hottest red carpet events! From film openings to award shows, we’re there to cover all the best in British entertainment news! 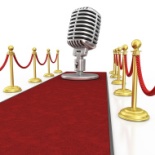 What is Sam Heughan sweating over?

What prize does Caitriona Balfe think she deserves for working with Sam Heughan?

The One With The Stiff One…

Downton Abbey’s Lesley Nicol and Laura Carmichael tell us if there’s going to be a Downton MOVIE!

Harrison Ford: Will There Be Another Indiana Jones?

Peter Capaldi, How Long Will He Play The 12th Doctor?

Jenna Coleman Talks Her Final Season on Doctor Who

Into The Storm star, Richard Armitage Talks to Marlise Boland

Into The Storm Cast Interviews Highlights

BAFTA Britannia Awards, where he was named “British Artist of the Year”

George Clooney chats about his next project…on Broadway?

Sir Ben Kingsley has a little fun during our interview!

Flight of the Conchord and The Hobbit’s Brett McKenzie

Beautiful Jane Seymour looking as youthful as ever!

Visit us on YouTube for MORE Red Carpet interviews!

3 Responses to On The Red Carpet with The Anglophile