The Queen Turns 90: Celebrations Begin with Release of New Portraits

Posted on April 20, 2016 by The Anglophile Channel

Official events to mark The Queen’s birthday began yesterday with the release of a photograph featuring four generations of the Royal Family.  The present and future monarchs: The Queen, Prince Charles, The Prince of Wales, Prince William and Prince George.  The image will appear on a special commemorative Stamp Sheet. What a beautiful and poignant portrait indeed! 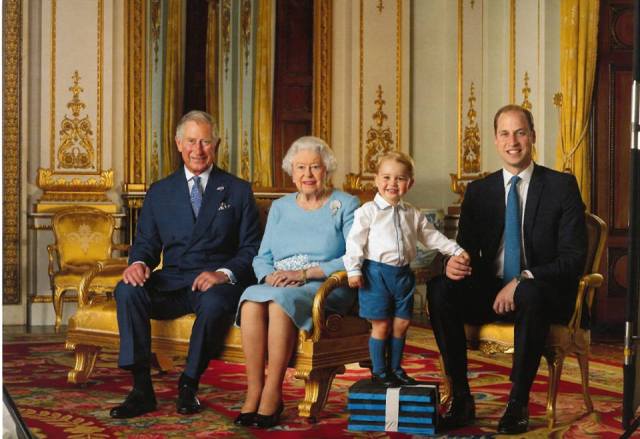 The present and future monarchs of Great Britain!

Also released was a beautiful series of photographs taken by famed photographer Annie Leibovitz at Windsor Castle. The first one shows The Queen, “Granny”, with her  five great-grandchildren and her two youngest grandchildren. The photo was taken in the Green Drawing Room. Stealing the show is adorable Mia Tindall, holding The Queen’s handbag!

The children are, from bottom left:
Mia Tindall (holding The Queen’s handbag), the two year old daughter of Zara and Mike Tindall;
James, Viscount Severn (aged 8) and Lady Louise (12), the children of The Earl and Countess of Wessex and the youngest of The Queen’s eight grandchildren;
Savannah (5) and Isla Phillips (3), daughters of The Queen’s eldest grandson Peter Phillips
and his wife Autumn;
Prince George (2) and, in The Queen’s arms and in the tradition of Royal portraiture, the youngest great-grandchild, Princess Charlotte (11months), children of The Duke and Duchess of Cambridge.

A beautiful private moment with The Queen walking in the private grounds of Windsor Castle. Seen on steps at the rear of the East Terrace and East Garden with four of her dogs: clockwise from top left Willow (corgi), Vulcan (dorgie), Candy (dorgie) and Holly
(corgi). 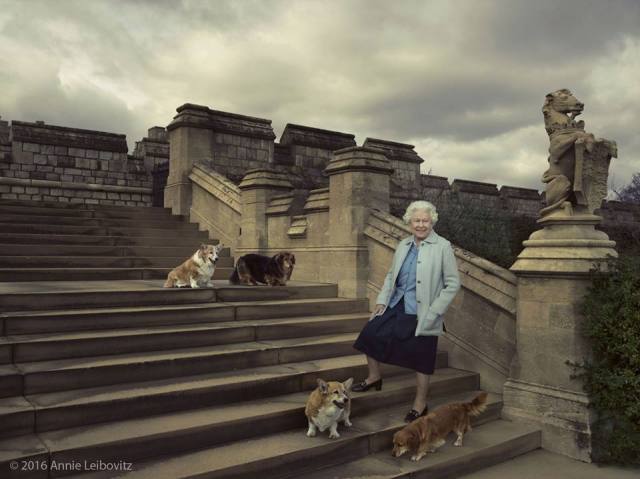 The day continued with a visit to the Royal Mail and then to Alexandra Gardens where Her Majesty opened the new Bandstand. 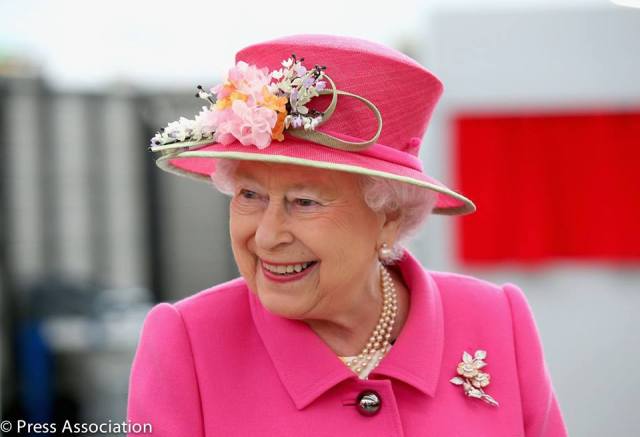 The Queen visits the Royal Mail which also celebrates a milestone anniversary this year: 500 years old! 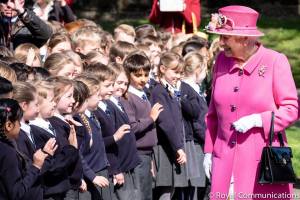 The Queen met local children, before opening the new Bandstand at Alexandra Gardens in Windsor.

The birthday celebrations will continue today when, according to Buckingham Palace, The Queen, accompanied by The Duke of Edinburgh will undertake a walkabout in Windsor.

Her Majesty and His Royal Highness will walk from the Henry VIII Gate of Windsor Castle towards the Statute of Queen Victoria at the foot of Castle Hill.  Here Her Majesty will unveil a plaque marking The Queen’s Walkway.

In the evening, The Queen, accompanied by The Duke of Edinburgh, The Prince of Wales and The Duchess of Cornwall, will light a beacon which will set in train a series of over 900 beacons across the country and worldwide. 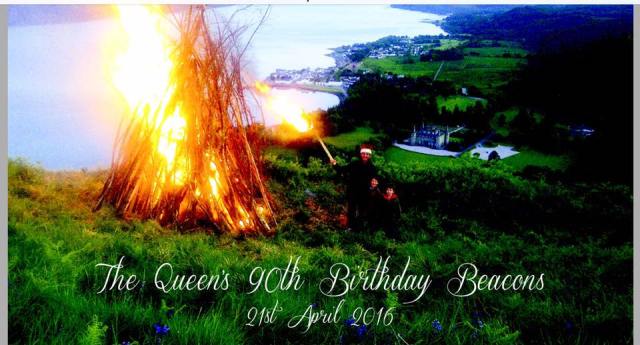 Her Majesty’s special day will conclude with a private dinner with family hosted by Prince Charles.

Today’s birthday events sets the ball rolling for a birthday celebration that will last six weeks culminating with The Queen’s Birthday Parade on Horse Guards Parade followed the next day by the Patron’s Lunch, a celebration of Her Majesty’s patronage of over 600 organisations in the UK and around the Commonwealth since 1952.

A fitting celebration for an inspirational woman!  Here is 90 photos to celebrate 90 years of Her Majesty’s life, thanks to the British Monarchy Channel:

Lady Anglophile….raising a glass in toast to Her Majesty!

Like Loading...
This entry was posted in Rule Britannia! and tagged Queen Elizabeth II, The Queen, The Queen's 90th Birthday. Bookmark the permalink.