Downton Abbey to End After Season 6….Say It Isn’t So!

Posted on March 26, 2015 by The Anglophile Channel

Carnival Films and ITV announce that Season 6 is to be the FINAL season for our beloved Downton Abbey!

What EVER are we going to do on Sunday nights without our weekly visit with the Crawley family and their loyal servants? They have become like our dear old friends these past many years. We’ve been invited into their lives, their bedrooms and shared their secrets, their heartbreaks…their lively dinner conversations! We have rooted for them, cried with them…and now we are to bid them all goodbye with this upcoming final season? Say it isn’t so! (Insert the Downton Dish’s Elyse Ashton‘s “Nooooo!)

We can’t even imagine not hearing Maggie Smith‘s Dowager Countess’s quick quips, or watching “Poor Edith” navigate her way through life, or wonder endlessly over which suitor Lady Mary is going to toss aside, but Carnival and ITV have made it official, ending months of speculation and nagging questions by journalists wanting to know “WHEN the end will come…” Now we have our answer…I wish we didn’t, but there’s no point in going into denial over it. Downton Abbey will end with Season 6…which means, The Downton Dish will end after Season 2. 😦 Quick, someone get us a set visit!

In a statement released by ITV, Carnival Managing Director and Executive Producer of Downton Abbey, and TAC favorite, Gareth Neame said, “Millions of people around the world have followed the journey of the Crawley family and those who serve them for the last five years. Inevitably there  comes  a  time  when  all shows should end and Downton is no exception. We wanted to close  the  doors  of Downton Abbey when it felt right and natural for the storylines to come together and when the show was still being enjoyed so much by its fans.  We can promise a final season full of all the usual drama and intrigue, but with the added excitement of discovering how and where they all end up…”
And just how WILL they all end up? What do we hope to see happen for our favorite British aristocrats and our downstairs pals?  Happiness for Lady Edith? A child for the Bates? Ten more lovers strewn aside by Lady Mary? A Downton wedding for Mr. Carson and Mrs. Hughes? A final comeuppance for Barrow? Yes! All of it! 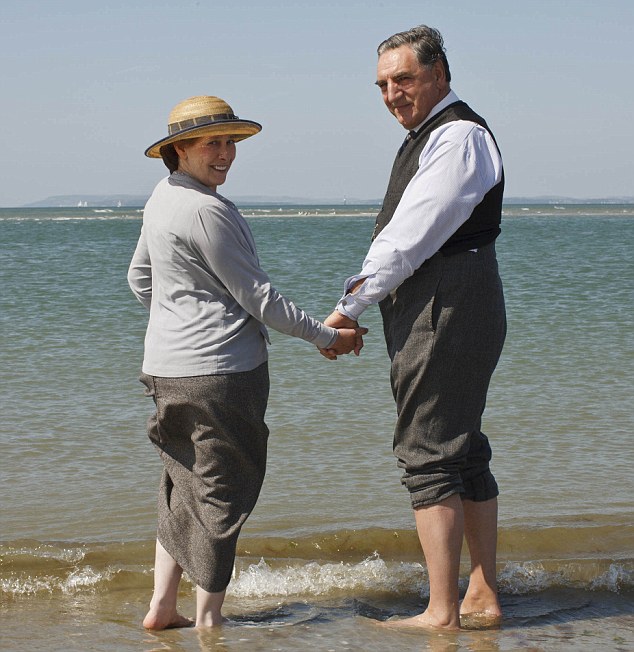 Julian Fellowes, writer, creator and Executive Producer of Downton Abbey, one of the UK’s biggest ever drama exports said,  “The Downton journey has been amazing for everyone aboard.  People ask if we knew what was going to happen when we started to make the first series and the answer is that, of course we had no idea.  Exactly why the series had such an impact and reached so many people around the world, all nationalities, all ages, all types, I cannot begin to explain.  But I do know how grateful we are to have been allowed this unique experience. I suspect the show will always be a principal marker in most of our careers as we set out from here, and if so, I consider that a blessing and a compliment.”
Downton Abbey is the highest rating UK drama of the past decade across any channel, with an average of 11 million viewers over the course of the five series, including Christmas specials.
ITV’s Director of Television, Peter Fincham said,
“When Julian Fellowes and Gareth Neame brought us the idea for Downton Abbey six years ago we thought it would be a great Sunday night series for ITV, but we had no way of knowing that it would become a global phenomenon playing to hundreds of millions of viewers around the world. What a ride it’s been!  Christmas Day on ITV this year will certainly be one to remember, as the concluding special brings a series to an end that started as a leap of faith for all of us, and ended surpassing all expectations.”
So we ALL know to gather around our television sets on Christmas Day (I’m flying to the UK for the occasion, by the way, as there is NO way I’m waiting for Masterpiece to air the finale here MONTHS later….) for an incredibly emotional goodbye. 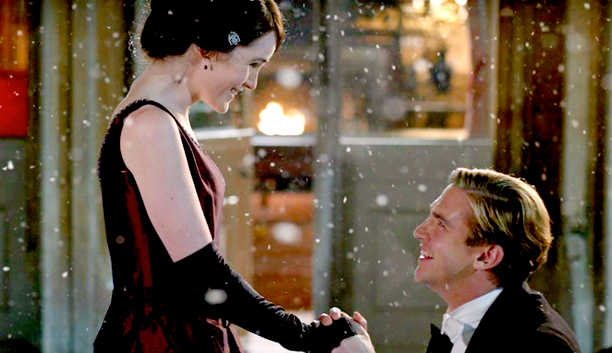 Hmm, how can Downton Abbey bring back Matthew Crawley from the dead? It’s the ONLY way we envision Lady Mary finding happiness!

Downton Abbey is the most nominated British show in Emmy® history with 51 nominations to date with Golden  Globes®, Screen Actors Guild Awards, Producers Guild of America Award, BAFTA and National Television Awards counted amongst their wins! Bravo!
And so, let the countdown to final Downton Day begin. We anxiously await to see what the pen of Julian Fellowes shall create for us fans to devour. Whatever it is, we know it will be incredibly satisfying, yet bittersweet.  Interestingly, Neame said in a phone conference this morning that they would not rule out the possibility of a Downton Abbey movie release!  “We would be very interested in that,” he said. “[A movie is] definitely something we’re contemplating, it would be great fun to do.”  Exciting indeed, but lets just hope they don’t leave ANY story lines dangling…. 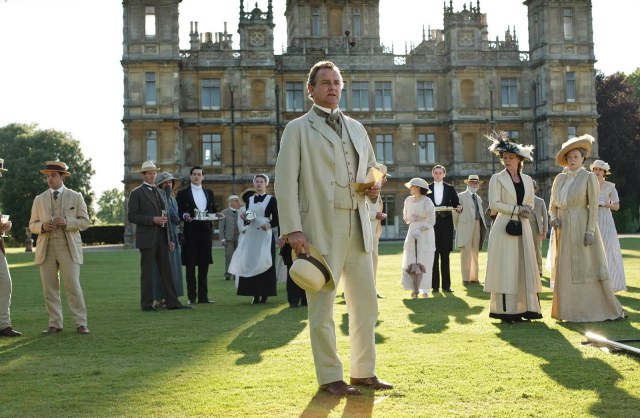 Downton Abbey…how will it end?

What storyline are you most anxious to see played out and/or resolved? Leave your comments below.
Lady Anglophile….tissues ready for the finale!

1 Response to Downton Abbey to End After Season 6….Say It Isn’t So!