The Anglophile Channel Congratulates Prince Harry and Meghan Markle On Their Engagement!

Posted on November 27, 2017 by The Anglophile Channel

She is living every Anglophile’s fantasy. American actress and star of USA Network’s “Suits”, Meghan Markle, is marrying into the Royal Family – something that has not been done by an American divorcee since the ill-fated union of King Edward VIII and Mrs. Wallis Simpson in 1937.

This morning Clarence House confirmed the rumors that have been circulating around Royal watchers for months now, that Prince Harry, fifth in line to the throne, has become engaged to the lovely Miss Markle. Let the wedding celebrations begin!

In their first public appearance since the announcement, Harry and Meghan appeared for a photo call at Kensington Palace where he told reporters that he knew she was “the one” since the first time they met! How romantic is that?

Congratulations have already come in from The Queen and Prince Philip, who recently celebrated 70 years of marriage themselves. They said they were “delighted” and wished the happy couple “every happiness.” Likewise, Harry’s father, Prince Charles said that he and Camilla, Duchess of Cornwall were “thrilled” and “hope they’ll be very happy indeed.” 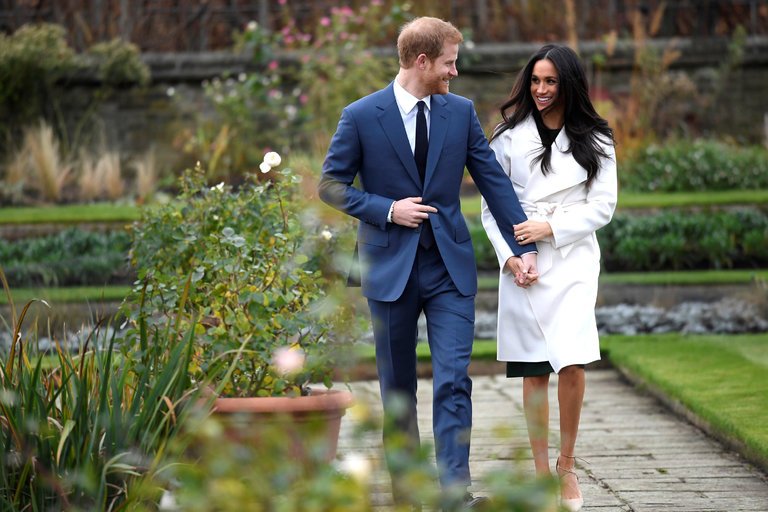 Prime Minister Theresa May said in a statement: “This is a time of huge celebration and excitement for two people in love and, on behalf of myself, the government and the country, I wish them great happiness for the future.” 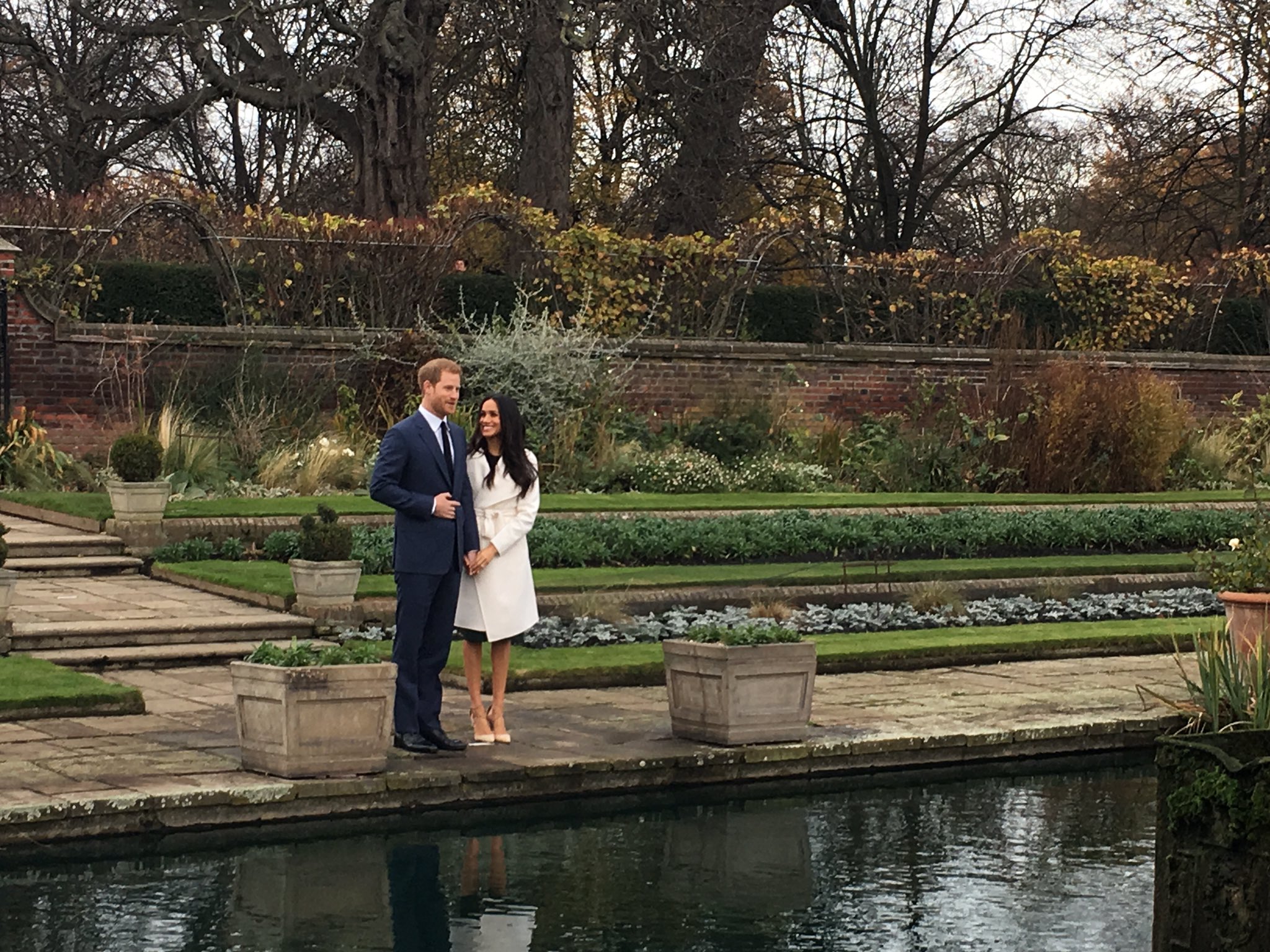 In what may very well be the most important endorsement – aside from The Queen – is William and Catherine the Duchess of Cambridge who said in a separate statement that they were “very excited for Harry and Meghan.”  Wills, Harry and Kate have been a tight trio often making appearances together. We can’t wait to see how Miss Meghan will fit into all of this!

Prince Harry telling reporters he knew she was “the one” from the very first time they met! (Photo: Daniel Leal-Olivas/AFP/Getty Images)

Prince Harry said the proposal was very romantic and he has presented her with an engagement ring that he designed himself and includes two stones from his mother, Diana Princess of Wales‘s personal collection and a center stone from Botswana.

SO much exciting wedding coverage to come but for now please join everyone at The Anglophile Channel in wishing Prince Harry and Meghan Markle a huge congratulations on their engagement and wishes for a very happy long life together!

Lady Anglophile…picking out her best fascinator!