Posted on September 6, 2015 by The Anglophile Channel

It was a dream come true for young Whovian, Juliette Boland, when she found herself on the red carpet interviewing the cast of her favorite television series, Doctor Who. 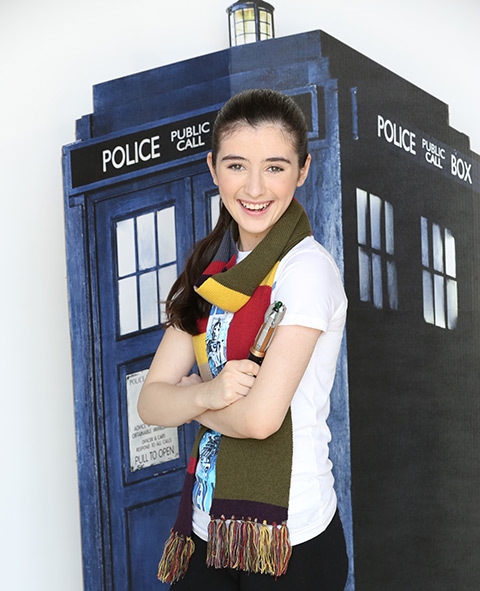 Just days before her 13th birthday, Juliette, host of the new YouTube web-series The Timey Wimey Show , joined BBC America’s Doctor Who press line at San Diego Comic Con 2015 and was suddenly immersed in conversation with the 12th Doctor himself! 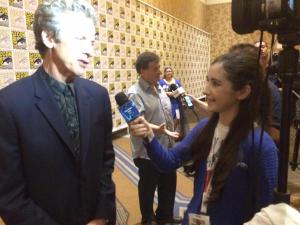 “I was so excited to meet and interview the 12th Doctor!”

One has to wonder what it was like to come face-to-face with one of your favorite television stars, at such a young age? Certainly there must have been nerves?  Juliette tells us, “I was so excited to meet and interview Peter Capaldi! I wasn’t nervous at all because I just knew he would be nice…and he was! He was so much fun to interview. He spent a long time talking with me and was so friendly which really put me at ease.”

And, what did the young Whovian ask the Time Lord? “I wanted to know, if he could work with any past Doctor…who would it be?” And his answer? “You’ll have to watch The Timey Wimey Show to find out!” smiles the savvy Jr. reporter! 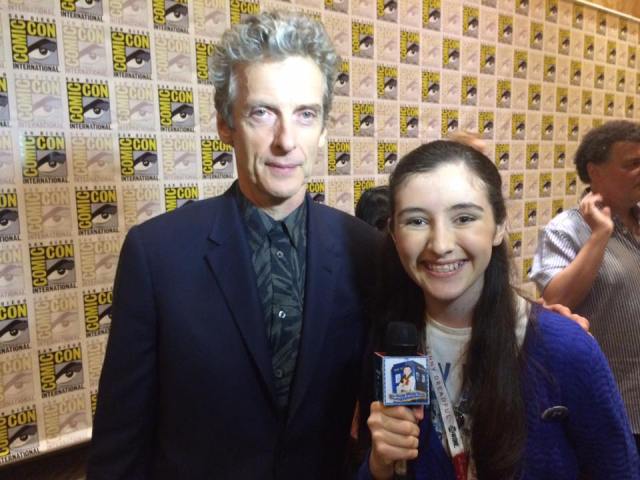 Juliette also interviewed Jenna Coleman, Michelle Gomez and DW show-runner, Stephen Moffat. “Jenna was also super friendly to me,” says Juliette, “she signed a baby onesie we had for a really big Doctor Who fan who just had a ‘time baby’.  He was so excited when we sent it to him and I was so happy that we could do that for him.” 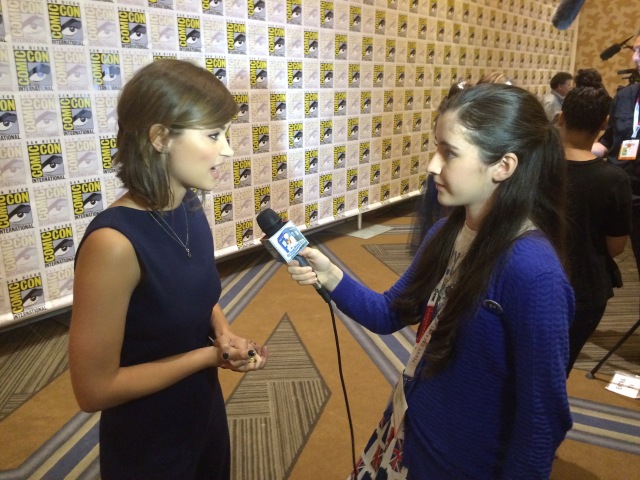 A Doctor Who fan of the new generation, Juliette says she started watching the series during David Tennant‘s tenure and loved the show so much she went back and binge watched every episode she could find from the “new Who” and even some Classic Doctor Who. 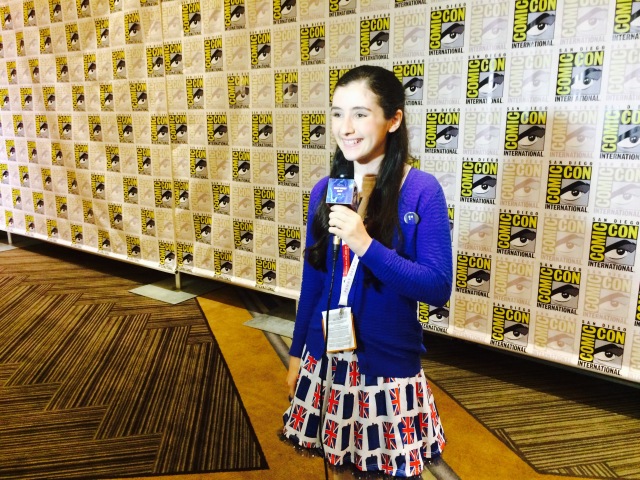 What’s next for the young reporter? (TARDIS Skirt by Her Universe)

After interviewing the cast of your favorite show…where does one go from here? Juliette says her next ‘Who-goals’ are to one day visit the set of Doctor Who, and to interview the 10th Doctor, David Tennant, who incidentally sent her a birthday greeting video last year, when she turned 12, thanks to a family friend in the industry. “I showed the video at my birthday party and all my friends screamed so loudly through the whole thing, you couldn’t hear what David was saying!”

Juliette is also a big Sherlock fan and says she would, “….love to interview Mark Gatiss and Benedict Cumberbatch.  Mark Gatiss and Stephen Moffat are my favorite writers in television!” 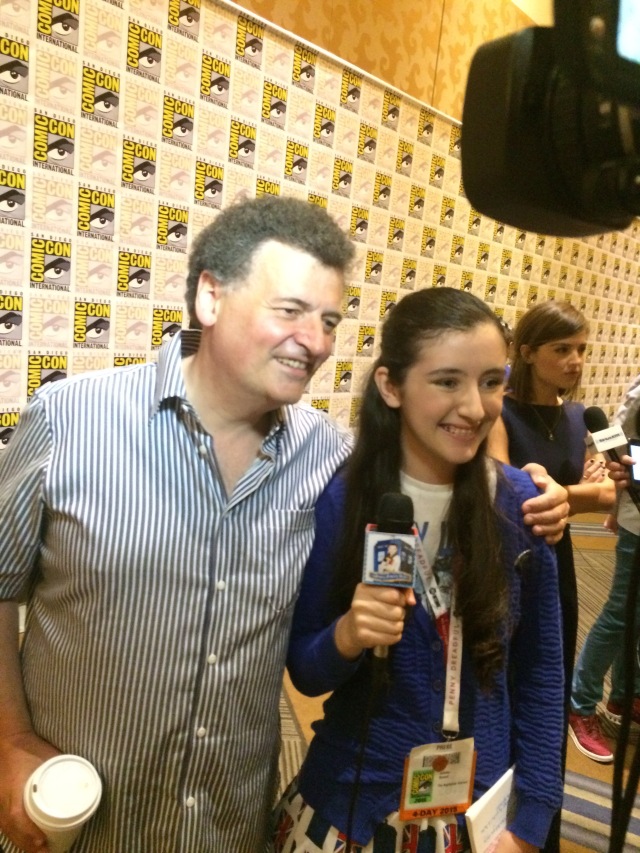 Show-runner and Writer of Doctor Who, Stephen Moffat…Juliette’s favorite writer in television!

Juliette says she had the opportunity to see Cumberbatch in Hamlet at the Barbican in London this summer. “Benedict was amazing as Hamlet. He made the role relatable. I loved the whole cast. It made me want to do a Shakespearean play!”

Also a professional musical theatre actress, Juliette recently returned from London where she attended a musical theatre course at The Guildhall School of Music and Drama and performed on stage at Her Majesty’s Theatre in the West End! In Los Angeles she has appeared in Les Miserables (Little Cosette), White Christmas (Susan Waverly) and Into The Woods (Cinderella)

Interviewing famous celebrities and appearing on stage before thousands of people are not the normal existence for a young teen. What does Juliette do to keep it real? “I like to write stories, draw and read. I’m currently reading The Looking Glass Wars books by Frank Beddor, who I also got to interview! I also love going to Disneyland!”

That’s as normal as things get for this young LA talent who, we have no doubt, will go on to achieve whatever goals she sets her mind to…even if it’s interviewing David Tennant! We wish her all the best of luck! 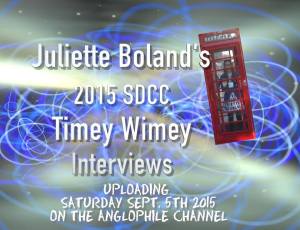 The Timey Wimey Show is seen exclusively on The Anglophile Channel on YouTube. 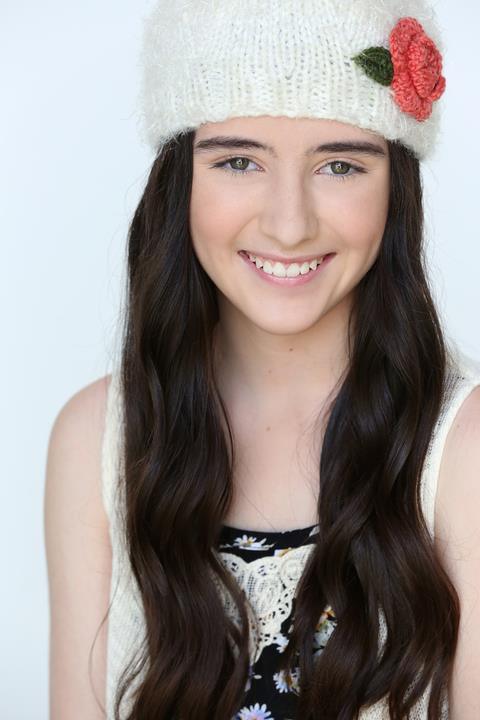