Posted on April 18, 2015 by The Anglophile Channel

Outlander, the popular and critically acclaimed series based on the books by Diana Gabaldon and set in bonnie 18th century Scotland….is headed into production for its second season. With millions of fans around the world still to enjoy the remaining six episodes, speculation has been swirling for months on what Season 2 will bring us and, more importantly, WHO…in terms of casting!

Last fall a casting call was put out to talent agents and managers in Hollywood looking for an actress to play the role of Brianna Randall who (and this will be a SPOILER for anyone that hasn’t read the books) is the daughter of Claire and Jamie Fraser!

BRIANNA RANDALL (Female)  20 years old. (20-25)  General American accent. Looking for an actress who is OVER 5ft  7′.  This tall, striking, redhead (we can dye hair) is the daughter of Claire (Caitriona Balfe) and Jamie Fraser (Sam Heughan) So actress must have BLUE EYES and ideally resemble the actor and actress playing her mother and father.  Strong-minded, intelligent beyond her years with an effortless charm and sparkling sense of humor (traits inherited from both her mother and father), Brianna also has a scholastic mind-set, with a healthy dose of American strength, having been born and bred in Boston under the watchful eye of historian Frank Randall. The ease of a natural beauty, Brianna has the ability to turn heads wherever she goes. She also has a practical, analytical brain so she should be played earthy and grounded and not girly.

When fans heard that the role of Brianna Fraser was being cast (besides sending in their own head shots and resumes…) they began tossing around ideas and suggestions, and one name that continually came to the forefront was former Doctor Who companion, Karen Gillan.

She certainly fits the description and hailing from Inverness Scotland, she certainly has it in her blood.  We would all love to see her back on our television sets, especially after her ABC sitcom Selfie was cancelled. 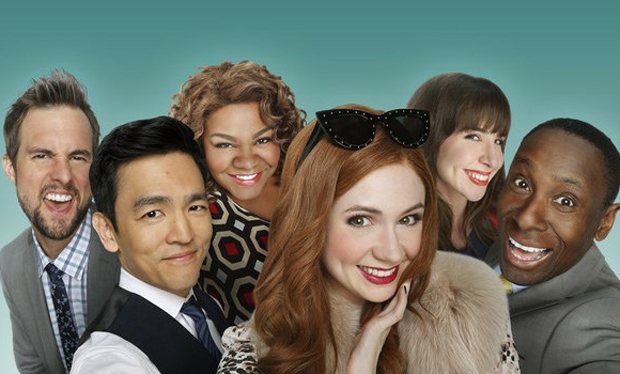 Whether or not she’s available is another question. Gillan recently completed a film starring John Travolta, “In A Valley of Violence” and has recently been cast in a new HBO pilot about the Salem Witch Trials, “The Devil You Know” which is/was set to go before the cameras this Spring.

And it’s not like our beloved Amy Pond wouldn’t have competition for the role. Here’s a pretty respectable audition video from one Brianna hopeful:

There’s also bonnie Bonnie Wright, Ron Weasley’s sister in the Harry Potter films, now all grown up and beautiful and ready to star in Outlander! 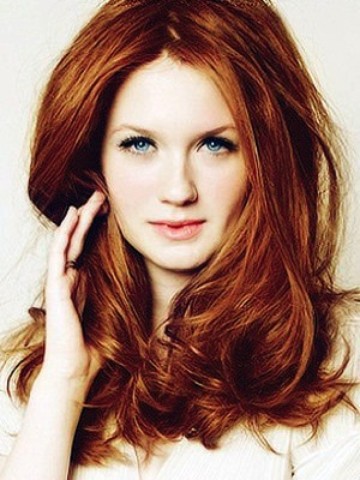 Today, months after the casting notice went out…with still no announcement from Starz on new cast members joining the show…Gillan Tweeted this:

Hide your tattie scones, I'm comin' back to Bonnie Scotland.

Squee! Outlander fans who are supporting the idea of Gilllan as Brianna are elated at the possibility!! Of course, this Tweet could simply mean she’s going home to visit family. One thing is for sure, Karen is one busy and in demand actress…so whether or not Starz was quick to snatch her up shall remain to be seen.

Who do YOU think should play Brianna Fraser in season two of Outlander? Put your comments below!

Catch Outlander Ep. 111, “The Devil’s Mark” tonight on Starz at 9PM PT/ET. And IMMEDIATELY following, catch our recap, OutlandDish©! To catch you up, here’s last week’s recap of “By The Pricking of My Thumbs”: