MumbleGate! BBC’s Jamaica Inn and the Case of the Mumbling Thespians! 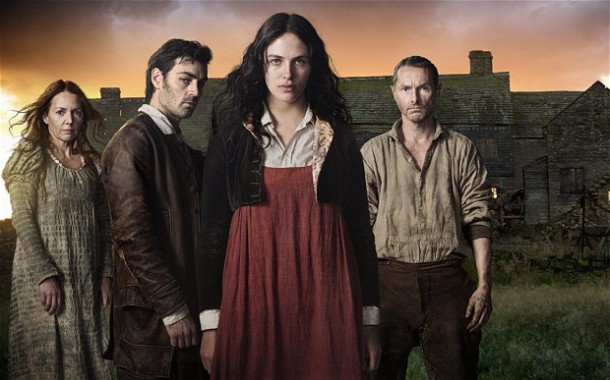 The three-parter series began impressive enough with 6.1 million viewers, but by the second episode, and several hundred more complaints later, viewership took a nosedive to 4.5 million. Hey, that’s way more than The Anglophile Channel ever gets…but still, it had BBC execs worried. Ratings always do.

Initially the BBC blamed it on “issues with the sound levels” and even writer, Emma Frost chimed in saying there was a problem with transmission. I’m not a broadcast-techie-wizard but that would be my guess…

But now the BBC has spoken out again and this time they’re actually blaming the talent! The producers are saying (and I’m laughing as I write this) that the “actors not being clear is one part of it…” BBC drama commissioner Ben Stephenson stated, “we clearly want actors to speak clearly” (Yes, he used the word ‘clearly’ twice in one sentence…clearly, to make his point.) “of course, we want them to give brilliant performances and you’ve got to respect that, but if no one can understand what they’re saying, then there’s a problem.”

WH-WHAT? Are you kidding me? Isn’t that just like the suits to blame the actors? They’re always the easiest scapegoats. 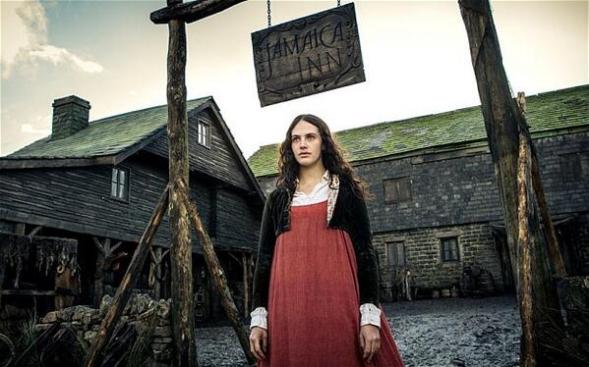 Jessica Brown Findlay…Thespian mumbler? I don’t think so! Although she does NOT look happy in this picture…

And, I’m sorry…I know I only took Filmmaking 101 back at “Nowhere U”….but wasn’t there something called a DIRECTOR on the set of Jamaica Inn?  You know, the guy with the megaphone that tells the actors, “Okay, one more time…and a little louder please!”  Or, at the very least, some version of Uta Hagan urging the actors to ENUNCIATE? (“rrrounded tones!”)  Like in Singing In The Rain!  Or, I know…what about the soundman? You know, the guy wearing the little headphones listening to everything being picked up by that big furry thing called a boom mic? What was he doing during the months-long shoot in the English countryside…eating Walkers Crisps and reading Horse and Hound?

How can a ‘sound issue’ on a project that’s already gone through post, delivered to the network and broadcast to the nation be blamed on the actors? And which actor, exactly? ALL of them? Only one? What was everyone on the crew of this movie doing when these actors were ‘mumbling’ through their scenes? Chatting at the craft services table?             It’s a mystery.

I perfectly remember Jessica Brown Findlay’s portrayal of Lady Sybil and I could hear LOUD and clear when she was telling Lord Grantham that she was in love with the chauffeur, Branson! And didn’t Jessica’s Jamaica Inn co-star Sean Harris just win a BAFTA TV award for Best Actor??

Maybe the director needed to take a lesson from Alfred Hitchcock who directed the original 1939 film version of Jamaica Inn. I don’t think audiences had a problem understanding one word that came out of Charles Laughton or Maureen O’Hara‘s mouth. 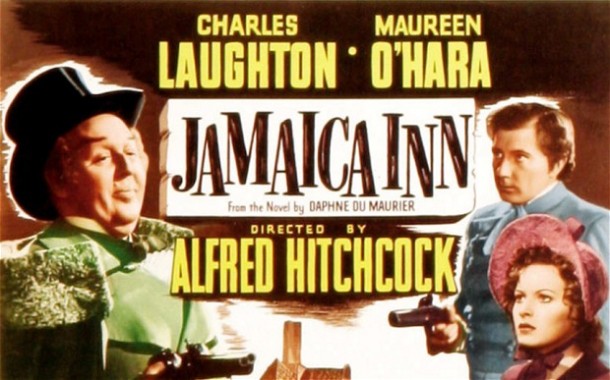 Original 1939 Jamaica Inn. No mumbling reported. I wonder what they did there?

But, to be fair…viewers HAVE taken to Twitter (and everything we read on Twitter is the gospel truth, right?) to complain that the accents the actors were doing were really difficult to understand.  SO much so that some viewers had to turn on the ‘subtitles’!  So, who knows…maybe it WAS the actors? Maybe they were all just knee-deep in Stanislavsky’s ” the method” and they all unanimously determined that their characters did not speak in any articulate comprehensible manner? In that case…I see BAFTAs in ALL their futures!

And the winner for Best Mumbler goes to….

I guess I shall reserve judgment for when I finally screen Jamaica Inn for myself and then I can determine whether or not the ‘sound issue’ was technical or in casting.

Gee, I wonder if we’ll even get the movie here in the US, what with all the flap surrounding it and everything? And I wonder…if do get it…will we Yanks will have a problem understanding it?  I mean, it’s not like we’re known for actors that regularly practice their iambic pentameter…sooo maybe it’ll all sound normal to us?  I guess omlyw tme wll tels.

I said….I GUESS ONLY TIME WILL TELL….
Lady Anglophile

2 Responses to MumbleGate! BBC’s Jamaica Inn and the Case of the Mumbling Thespians!