How does one ensure that the opening day of their event is a smashing success? Invite Benedict Cumberbatch and watch the ladies…I mean the flowers…bloom! And that is exactly what 2014 Chelsea Flower Show has done in inviting the Cumberbabe to their annual horticultural extravaganza! 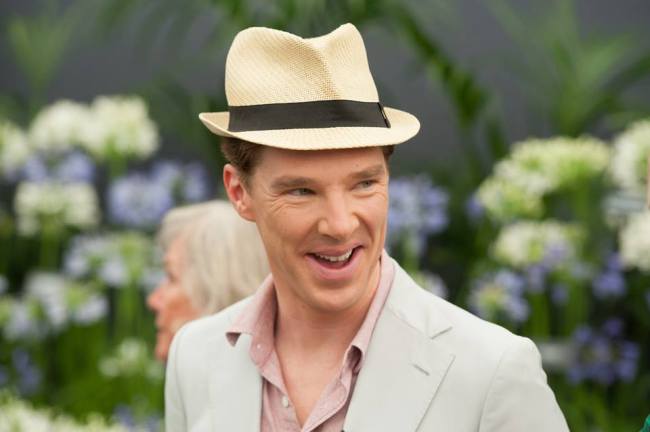 Cumberbatch is joined by his mum, off-screen and on, ( She also plays Sherlock’s mum on the hit BBC series), actress Wanda Ventham as they host “Mum and Me” for BBC2‘s coverage of this year’s flower fest. It’s better than having the Magnolia Queen open your festival! 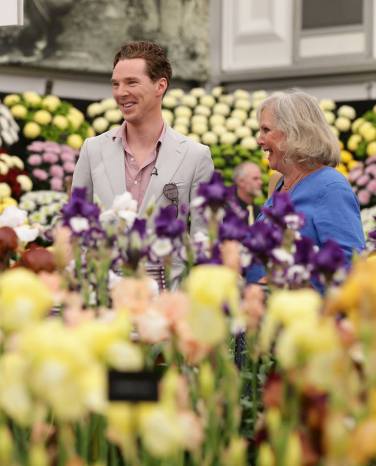 CumberMum and Me inspect the flowers

Of course having the Cumberbabe at any event can have it’s downside too…I mean…whose going to bother looking at a bunch of Chrysanthemums when you’ve got the world’s sexiest detective in your midst? And indeed, all was aflutter when Cumberbatch arrived the show earlier this morning, dressed in a light grey jacket, pink shirt and a dashing straw fedora…looking like something out of a Merchant Ivory film. He only need gaze in the direction of the Calla Lillies and they wilted.

With all this blooming power I think the least the Chelsea Flower Show could do is name a flower after him! The CumberFlower! ….Sounds good to me.

The CumberFlower! Now that’s something I’d like to grow in my garden…

But the Cumberbabe did actually take his job seriously this morning and has in fact reviewed and commented on the flowers. He particularly liked the garden’s water feature, as he told the Stoke Sentinel, “It’s a gorgeous garden. The water just got me, I thought it was a continuous stream of water…”

Oh  I’m sorry…is there a garden here? I hadn’t noticed…..