Countdown To: The Hobbit: The Battle of the Five Armies

This page dedicated to the

“The Hobbit: Battle of the Five Armies”

Update: please be reassured that there will be access to pens for fans arriving on Monday. The provision of Sunday wristbands was put in place to allow those fans who arrive at Leicester Square early to leave and return.Due to overwhelming demand we have allocated all of the wristbands for today (Sunday).  For fans arriving tomorrow (Monday) there will still be access to the fan pens, however this will be allocated on first come first served basis and as with all events of this nature a place is not guaranteed. 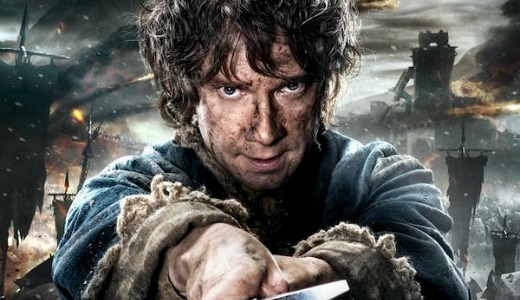 Good Luck to EVERYONE headed to the premiere!

Warner Bros has put out some very important information for all your Hobbits and Elves making the journey to London for the Worldwide Premiere of The Hobbit: The Battle of The Five Armies! So check this out, follow all the rules and you’ll have a great time!! Share pix with TAC and we’ll feature them on our Hobbit page!

The Hobbit: The Battle of the Five Armies World Premiere is happening in London this Monday December 1 and for those lucky ones who’ll be able to view all the glitz and glamour from one of the pens, here’s a list of instructions you need to read on how to attain access to the event and the rules you need to adhere to.

For those of you unable to attend the event, make sure you tune into our player below where you’ll be able to view the World Premiere from the comfort of your own sofa.

Lady Anglophile…Hobbit feet and Elf ears on and ready to watch!

HobbitMania is in full swing in Los Angeles, California! We were at The Grove LA yesterday and from the moment you entered the parking structure you were hit with massive Hobbit posters featuring all of our favorite characters! The war-torn faces of Gandalf, Bilbo, Thorin and Bard were everywhere you looked, building the excitement in every Hobbit fan’s heart!

The parking structure at The Grove LA is blasted with fabulous Hobbit posters!

Coming down the escalator, each level of the parking structure highlights a different poster. Once inside The Grove, banner flags of The Hobbit hung everywhere till finally you reach the theatre and see the top crown of the cinema marquee surrounded by the most heavily anticipated movie of the year!

You’d almost think the LA Premiere was going to happen at The Grove given the massive PR campaign that is in place there. But we hear the premiere is actually going to happen at the historic TCL Chinese Theatre (Formally Grauman’s) on/about December 9th! (More details on that soon!)

The top of the cinema is surrounded in Hobbit!

In the coming weeks we’ll feature more Hobbit-related photos and other fun bits and bobs from around LA….all leading up to the exciting premiere of the defining Hobbit film!

Lady Anglophile….elf ears to the ground!

Advance Tickets NOW on Sale for

The Hobbit: The Battle of the Five Armies!

Be the first to see it! Get your tickets now!

The wait is finally over!  The moment Hobbit fans all over the world have been waiting for: the FINAL Hobbit trailer ever! And it does not disappoint:

From Academy Award-winning filmmaker Peter Jackson comes “The Hobbit: The Battle of the Five Armies,” the third in a trilogy of films adapting the enduringly popular masterpiece The Hobbit, by J.R.R. Tolkien.

“The Hobbit: The Battle of the Five Armies” brings to an epic conclusion the adventures of Bilbo Baggins (Martin Freeman), Thorin Oakenshield (Richard Armitage) and the Company of Dwarves. The Dwarves of Erebor have reclaimed the vast wealth of their homeland, but now must face the consequences of having unleashed the terrifying Dragon, Smaug, upon the defenseless men, women and children of Lake-town.

This will be Richard Armitage‘s moment to shine. “Everything I did..I did for them.” says Thorin as he succumbs to his dragon-sickness.  The King Under the Mountain, sacrifices friendship and honor in his search for the legendary Arkenstone. Unable to help Thorin see reason, Bilbo is driven to make a desperate and dangerous choice, not knowing that even greater perils lie ahead. 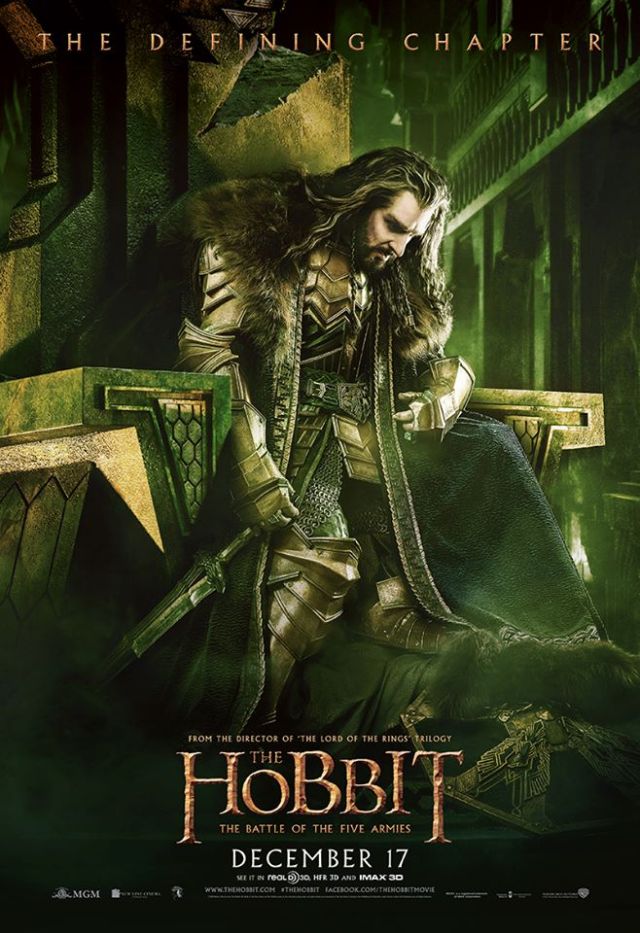 Dramatic, thrilling and emotional moments will rule this final film with Gandalf asking, “You have but one question to answer….How shall this day end?” The exciting trailer ends with Bilbo placing the ring on his finger one last time..and disappears.

Do not see this film without a supply of tissues handy!

The Hobbit: The Battle of the Five Armies opens December 17th!

Here it is! The moment Hobbit fans around the world have been anxiously waiting for!

A Message from Middle-Earth

and the stars of

The Hobbit: The Battle of the Five Armies!

So there you have it!  Answering the question that has long been on everyone’s lips: WHERE will the final Hobbit premiere take place? It seems London is the location of choice and the date is set for December 1st! And even more exciting, is the news that fans will have the opportunity to enter a contest for a chance at attending this monumentally milestone event in Peter Jackson-Tolkien-Lord Of The Rings- Hobbit history. Not only will the cast from The Hobbit film series be there, but the cast and creatives from all SIX films, making it the most epic film premiere staged since Gone With The Wind!

Be sure to follow The Official Hobbit FACEBOOK page:  https://www.facebook.com/TheHobbitMovie?fref=ts  or at: http://www.thehobbit.net for more information and updates!

Now…raise of hands…WHO wants to see The Anglophile Channel cover this amazing event?  Lady Anglophile…that’s who!

Which scene from The Hobbit: The Battle of the Five Armies are you most looking forward to seeing on the big screen?

Get a closer look at the new tapestry here: http://bit.ly/HobbitTapestry

“The Hobbit: Battle of the Five Armies” Official Trailer

“If this is to end in fire, then we will all burn together.”

New international poster for The Hobbit: The Battle of the Five Armies!

WARNER BROS. – FOR YOUR CONSIDERATION 2014

THE HOBBIT: THE BATTLE OF THE FIVE ARMIES

Warner Bros has thrown their hat into the ring for award season consideration with The Hobbit: The Battle of The Five Armies.  And deservedly so as this picture is going to represent nearly two decades of artistic dedication from its director Peter Jackson  beginning with his award-winning Lord of The Rings trilogy and culminating with the highly anticipated final Hobbit film.

Bringing the J.R.R. Tolkien novels to life has become Jackson’s life’s work.  And he has done so with great success. His Lord of the Rings series had somewhat of a love affair with the Academy having garnered 30 Academy Award nominations overall and took home 17 Oscars altogether, a record for any trilogy.  The Return of the King won in every category in which it was nominated, setting an Oscar record for the highest clean- sweep, and its 11 Oscars wins tied the record held by Ben-Hur and Titanic. The Return of the King also became only the second sequel to win the Oscar for Best Picture (after The Godfather Part II) and the first and only fantasy film to receive this honor.

Great accolades indeed…so perhaps lightening shall strike again with the final Hobbit movie. So far the Oscar tally for the first two Hobbit films: The Unexpected Journey and The Desolation of Smaug is three each with no wins. So, I think it’s about time the Academy sat up and took notice of this equally award worthy film series.

The Hobbit: The Battle of the Five Armies brings to an epic conclusion the adventures of Bilbo Baggins (Martin Freeman), Thorin Oakenshield (Richard Armitage) and The Dwarves of Erebor who have reclaimed the vast wealth of their homeland, but now must face the consequences of having unleashed the terrifying dragon, Smaug, upon the defenseless men, women and children of Lake-town. As he succumbs to dragon-sickness, the King Under the Mountain, Thorin Oakenshield sacrifices friendship and honor in his search for the legendary arkenstone. Unable to help Thorin see reason, Bilbo is driven to make a desperate and dangerous choice, not knowing that even greater perils lie ahead. An ancient enemy has returned to Middle-earth. Sauron, the Dark Lord, has sent forth legions of Orcs in a stealth attack upon the Lonely Mountain. As darkness converges on their escalating conflict, the races of Dwarves, Elves and Men must decide – unite or be destroyed. Bilbo finds himself fighting for his life and the lives of his friends as five great armies go to war. 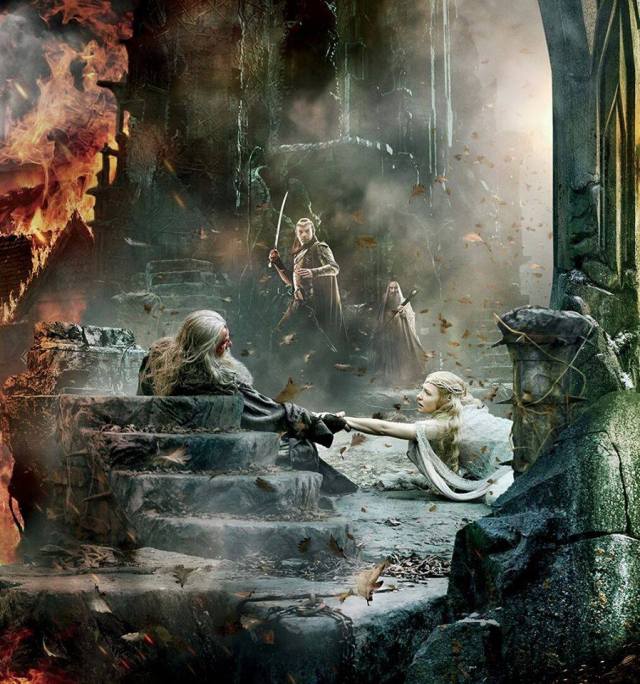 I can’t even imagine this film not receiving a slew of nominations and honors come award season. And to help guild members make their decision, Warner Bros has already announced screenings beginning in November with a slate of suggested nominees to consider. And they are:

For Your Consideration for Best Actor: Martin Freeman

Whew! The members of the various guilds certainly have a monumental job on their hands when you consider the immense, and deserving talent in each of this categories.

I wish them ALL the best of luck and here’s to another epic Peter Jackson sweep at the Oscars!

Lady Anglophile…ballot in hand and ready to vote for The Hobbit: The Battle of the Five Armies!

Did you enter The Hobbit Fan Fellowship Contest? Some lucky fans are going to get the opportunity to travel to New Zealand to tour filming locations for the Film and other locales and to attend a private screening of the The Hobbit: The Battle of The Five Armies with SIR PETER JACKSON himself!! If that’s not a Hobbit Fan dream come true I don’t know what is!

Winners shall be announced soon!

This message was posted by the official Hobbit Fan Contest Team:

“Thanks to all of you who have joined us on our quest to find the most passionate Hobbit fans in The #HobbitFanContest! Winner notifications are currently underway. Those of you who met the challenge and are in the running as a potential member of The Hobbit Fan Fellowship will be contacted via the phone number or email address associated with your entry. The full list of winners will be officially announced in late October. In the meantime, good luck to all from your friends from The Hobbit Trilogy, New Zealand 100% Pureand Air New Zealand!”

Some brilliant video submissions were entered. This team has an incredibly difficult task on their hands! GOOD LUCK TO EVERYONE!

New Hobbit: The Battle of the Five Armies Posters Revealed Daily! Which Are Your favorites?

The illuminous Cate Blanchett as Galadriel 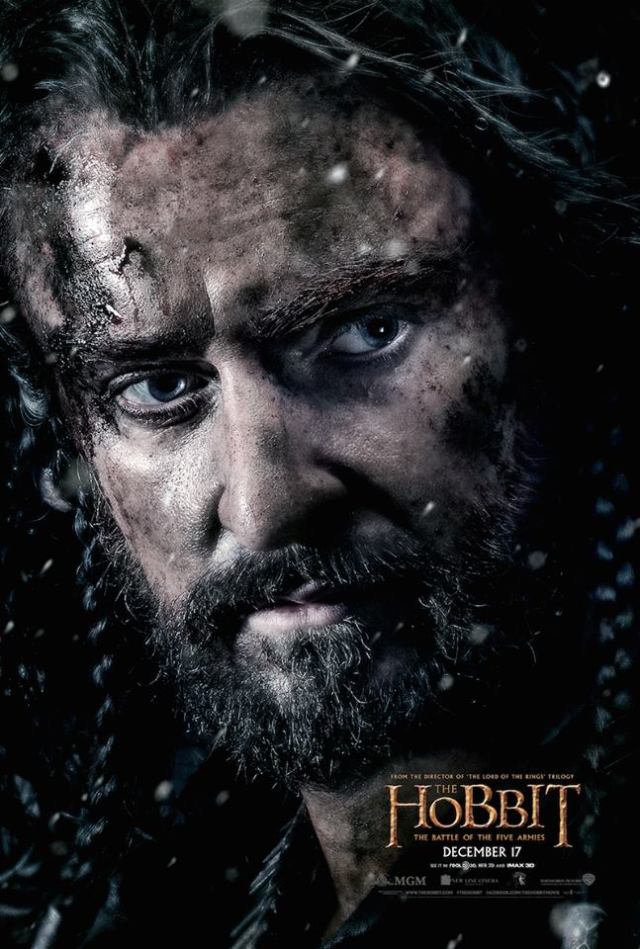 “I have the only right!” Thorin Oakenshield 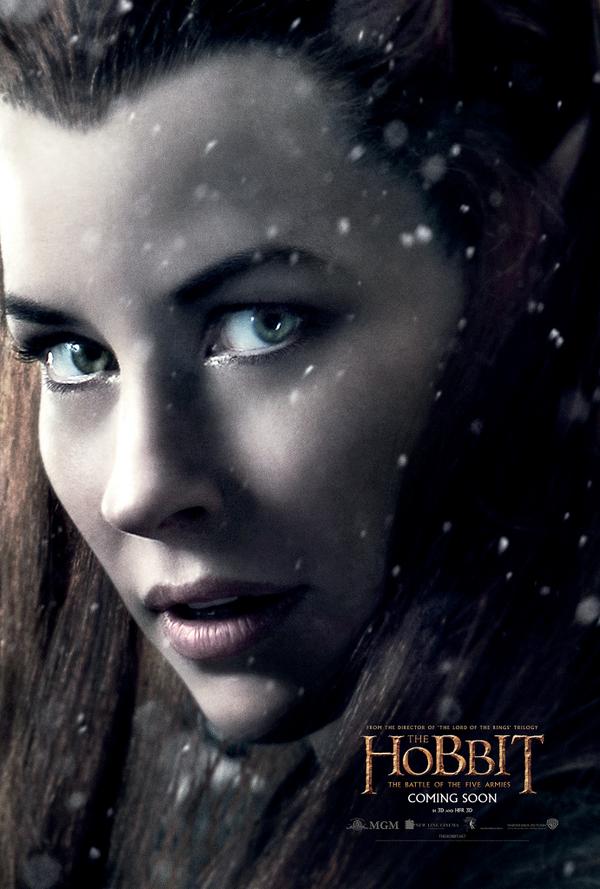 The beautiful Evangeline Lilly as Tauriel! 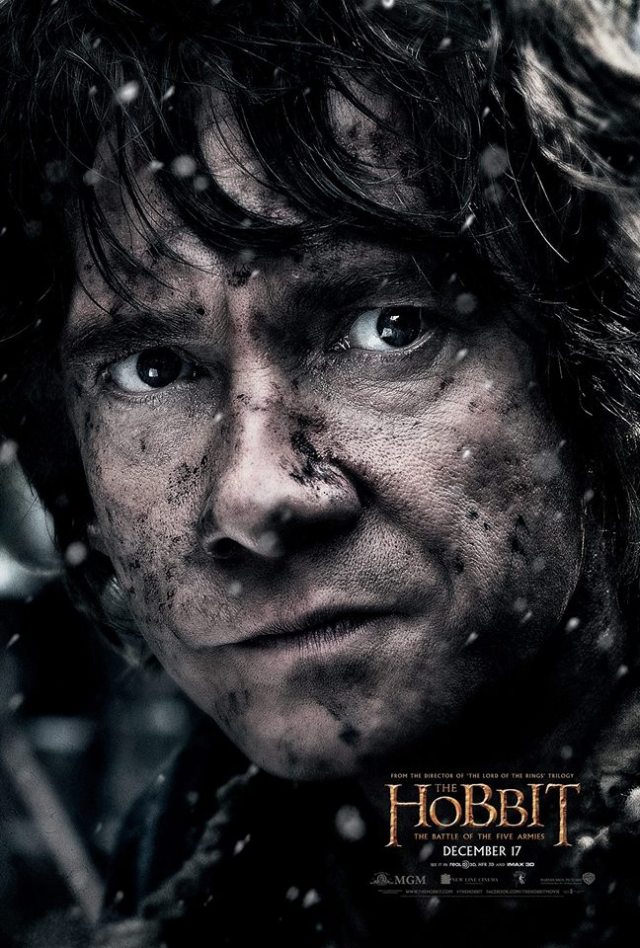 The final poster reveal featuring Martin Freeman. What an amazing arc this character has had from the first Hobbit film!

Can you  GUESS which one is Lady Anglophile’s favorite?

Recording for The Hobbit: The Battle of the Five Armies Soundtrack is underway! The album featuring music from Academy Award-winning composer, Howard Shore, will be released on December 16th. Perfect accompaniment for your Hobbit-theme parties!

The Hobbit soundtrack out on December 17th!

Amazing posters and banners released for The Hobbit! Which are your favorite?

The rightful king! The only king! Thorin Oakenshield.