Celebrating it’s 8th year, Britweek, the event that was the brain child of Nigel Lythgoe and then Consul General Bob Peirce, launched with a splash at a red carpet gala held at a private residence in Los Angeles.

The idea behind Britweek, a non-profit organization, is to highlight the creative fusion between the United Kingdom and California..and we can’t see any project that personifies that idea more than The Anglophile Channel…and that is why WE shall be on hand to cover all the excitement at Britweek 2014! Enjoy our coverage! 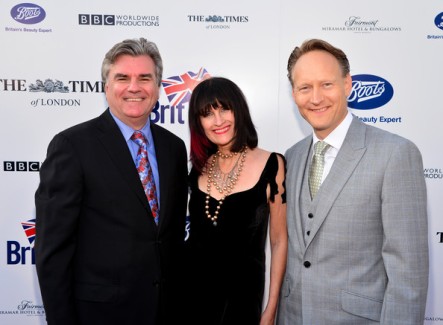 Would Shakespeare make a good ballroom dancer? Dancing With The Stars, Bruno Tonioli tells us!

A Kiss from a Rose! It’s Seal! Talks to us about BritWeek.

Oh Mickey You’re So Fine! Toni Basil chats with Marlise about her Brit-connection!

Are you ready to get your Shakespeare on?

Join us for a BritWeek Signature Event: Evening of Shakespeare, Music & Love!

Louis Fantasia has produced an extraordinary one night only performance of BritWeek’s Evening of Shakespeare, Music & Love. These generous actors have given their time to celebrate the Bard’s 450th Birthday with BritWeek and support the Inner City Shakespeare Ensemble and the Hobart Elementary Shakespeareans. Don’t miss this Evening! Tickets are available from www.britweek.org. and on GoldStar at a discount: https://www.goldstar.com/events/santa-monica-ca/shakespeare-music-and-love
Don’t miss this amazing night of talent with a Shakespearean twist!

Britweek pulled out all the stops in a celebration honoring the 450th Anniversary of the birth of William Shakespeare as the stars came out to practice their best iambic pentameter!

The Cast of Shakespeare, Music & Love

Los Angeles, CA – Co-hosts Ioan Gruffudd and Joely Fisher good-naturedly romped through bits and pieces of AS YOU LIKE IT, MUCH ADO ABOUT NOTHING and ROMEO AND JULIET, while seamlessly threading the mix of sonnets, monologues, scenes and music that made up the evening.

Among the highlights were Harry Hamlin’s full-out out performance of the St Crispin day’s speech from HENRY V wielding a sword like a pro! 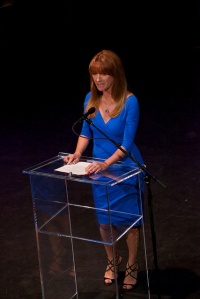 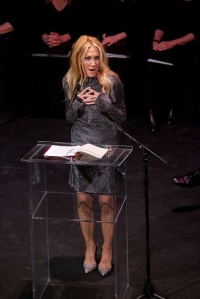 Malcolm McDowell reprised with gusto Prospero’s speech from THE TEMPEST, which he last performed with Gustavo Dudamel and the LA Philharmonic.

Prospero’s speech from THE TEMPEST

Part of the proceeds of the evening are going to support the work of the Inner City Shakespeare Ensemble and The Hobart Shakespeareans, two dynamic inner city Shakespeare programs.

The evening was written and directed by producer Louis Fantasia, Director of Shakespeare at the Huntington and Dean of the Chair of Liberal Arts at the NY Film Academy.

It was a fantastic afternoon walking down Robertson Blvd in Beverly Hills shopping like an A-list movie-star. Well, okay…lets call it “window shopping” but still, it was another fun and fabulous event planned by BritWeek 2014. Sponsored by SOCAL Mini with celebrity ambassador Mischa Barton (The O.C.) BritWeek guests were invited to stroll in and out of participating stores along Robertson and enjoy teatime treats, entertainment and other fun features offered up for this Brit-abulous occasion!  Here are highlights of the “posh” stroll by photographer Rex Gelert.

I love Britweek CEO Bob Peirce and his wonderful wife, Sharon. They’re always such fun and truly the heart of BritWeek. 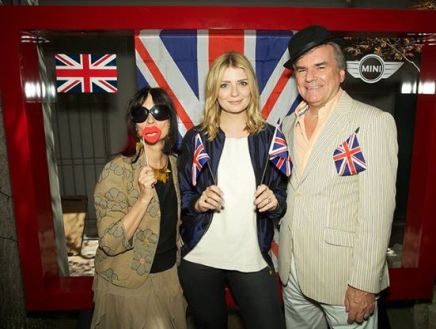 Stores all along Robertson flew the flag for Britain and offered yummy treats such as this multi-layered opera cake from British Superchef Gordon Ramsay! Was it bad that I nicked two?

At Ted Baker British SuperChef Gordon Ramsay had special treats for each guest!

Gorgeous Lauren Stone, Executive Director of Britweek should be applauded for her amazing job of putting together an incredible 2014 Britweek slate!

SoCal Mini was a sponsor of the Robertson Shopping Stroll and offered guests this fun photo-op!

Afternoon Tea was provided by The High Tea Cottage (a nominee in our GREAT British Afternoon Tea-Off event!)