Posted on October 7, 2018 by The Anglophile Channel

The Who Review: Doctor Who Trailer #2

Today, as Whovians around the world all know, is the long-awaited premiere of Doctor Who Season 11! This premiere will go down in television history, since this will be the first time the Doctor will be portrayed as a woman! #ItsAboutTime, I think. I am so thrilled to see what Jodie Whittaker, the Thirteenth Doctor, will bring to the table. Will her Doctor be an enigma like Peter Capaldi, an irresistible romantic like David Tennant, or have a youthful flare like Matt Smith? I guess we’ll find out on Sunday! 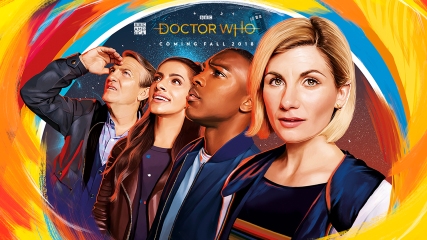 Season 11, which we can tell by the trailer itself, will stand alone among all of the other seasons. Almost everything about this season will be new! The Doctor is now a woman, Steven Moffat (previous show runner) handed over the reigns to Chris Chibnall (Producer of the hit ITV/BBC America series, Broadchurch), and its been stated by Chibnall that all of the aliens the Doctor will face this season will be wholly new. In other words, Whovians won’t be seeing Daleks any time soon. With a new creative team coming on board, it’s evident that many aspects of the show will change. Sometimes change is a good thing, which is technically the overall message of the show!

Recently, Doctor Who posted another teasing trailer for the upcoming season. It’s one minute and twenty seconds long, and let me tell you, watching it was the best one minute and twenty seconds of my life! The trailer showcases multiple aspects of the new season that the audience will most definitely love, in my opinion, and I want to discuss a couple of those features.

Firstly, the trailer immediately starts off with explosive, fast-paced action, resembling that of a Star Wars trailer. With all of those enormous spaceships traveling light speed through space with shots of red lights beaming from all angles, I wouldn’t be surprised if a light saber battle goes down in Season 11. The Doctor even emerges from a mist of dust. For a millisecond, I thought it was Luke Skywalker on Tatooine! 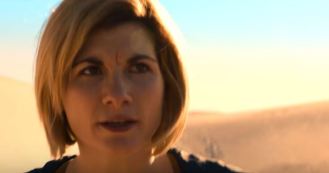 Aside from the Star Wars-eque special effects, I think what will set this season of Doctor Who apart from the others is the level of technology being used to film the series. The cinematography alone is already notably impressive compared to previous seasons. I’m really interested to see how this advance of technology will enhance the thrill and exhilaration of the show while giving off a slight “Star Wars” feel. I mean, a little “Star Wars” doesn’t hurt anybody.

The new technology will be a fantastic facet of the show, but I also imagine that another dynamic will be how they sustain the beloved traditions of the show. Even though the Doctor’s gender has changed, the mission hasn’t. Just as every Doctor before her, this Doctor will “never refuse” to help. With sonic screwdriver in hand, Whittaker is able to slip into this character so seamlessly that the audience forgets “The Doctor” is a woman. Meaning there isn’t a huge emphasis on the Doctor’s new gender, which I find sensible. The show demonstrates that gender does not define a character. It’s about something deeper. It’s about who the Doctor is deep down in her two hearts and what her greater  purpose and essence is. These are elements that can not be defined, one way or another, by gender. This is an incredible message for the rising generations of actors and actresses as well as Whovian fans worldwide. 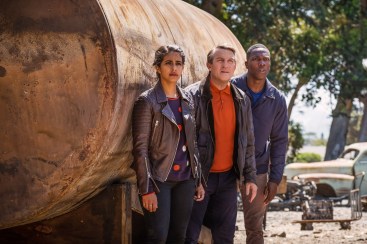 This Doctor, just like every Doctor before, will be travelling through space and time with some humans! However, the most recent Doctors have typically had one or two companions on board the TARDIS. Well this Doctor is a social butterfly! The Thirteenth Doctor will be travelling with not two but THREE companions! This reminds me of the Doctors of Classic Who, when the Doctor would travel with multiple companions. I’m glad the show is returning back to that tradition. The more friends the better! Mandip Gill (Hollyoaks), Tosin Cole (Star Wars: The Force Awakens), and Bradley Walsh, who I particularly love from the hit British game show The Chase, will be playing the new companions. As seen in the trailer, we can already tell that these companions will be doing a lot more than running alongside the Doctor, asking endless amounts of questions and basically acting as exposition. My absolute favorite part of the teaser is when Cole says, “She’s in charge, bro.” and a man off-screen responds, “Says who?” Then the three of them yell, “Says, US!” I’m excited to see the relationships that develop between the Doctor and these three characters. From what I can tell, they are all going to make a great team. Go Team TARDIS!

Whittaker not only has an amazing accent, one I wish I had, but she also commands a great presence when portraying the Doctor. When she simply enters a room, heads turn! This Doctor has a lot of power, and I think that says a lot about what her interpretation of the Doctor will be. You also see hints of humanity in this character. In one clip she says, “I’m just a traveller.” The Doctor may have saved billions of civilizations and planets, but this character will always have a sense of simplicity, being humble as well as charismatic. Another clip in the trailer that caught my eye takes place in a white room. As The Doctor  walks away, she blows a kiss to someone unknown to the audience, with tears in her eyes. Is this a sorrowful goodbye? Who is she bidding a fond farewell too? It will be interesting to watch Whittaker portray of the delicate balance of the Doctor’s classic heroism and humanity. Every Doctor has found a way to find a unique balance between the two.

I hope this blog gave you more incentive to watch Doctor Who this weekend. I myself am thrilled beyond words! I cannot wait to meet see the various aspects of this season play out, as well as watch Whittaker’s performance, and to meet these fantastic new characters. Doctor Who Premiere Day is finally here and I think we’ve waited long enough for this season! Allons-y!

BAD WOLF!!!!! (Just wanted to get your attention.) Before you go, I wanted to let you know that every week, following the broadcasting of each Doctor Who episode, I will be posting a weekly review, hosted by me, on The Anglophile Channel on YouTube! I hope you check it out! There will be some MAJOR discussion on Doctor Who!  Join me! 🙂

‘Doctor Who’ premieres October 7th on BBC America in the US and on BBC in the UK. Check your local listings.