The wait is almost over for OUTLANDER fans as Starz releases the new official trailer for the highly anticipated third season of its Original Series “Outlander,” premiering on Sunday, September 10th at 8PM ET/PT.  Just ahead of Outlander’s return to San Diego Comic-Con, fans are getting a closer look at new footage from the forthcoming season based on Voyager, the third of eight books in Diana Gabaldon’s international best-selling Outlander series. Grab a wee dram and take a look at the trailer here:

Now, If that doesn’t stir your Sassenach heart, nothing will!

The third season of “Outlander” picks up right after Claire (Caitriona Balfe) travels through the stones to return to her life in 1948. Now pregnant with Jamie’s (Sam Heughan) child, she struggles with the fallout of her sudden reappearance and its effect on her marriage to her first husband, Frank (Tobias Menzies). 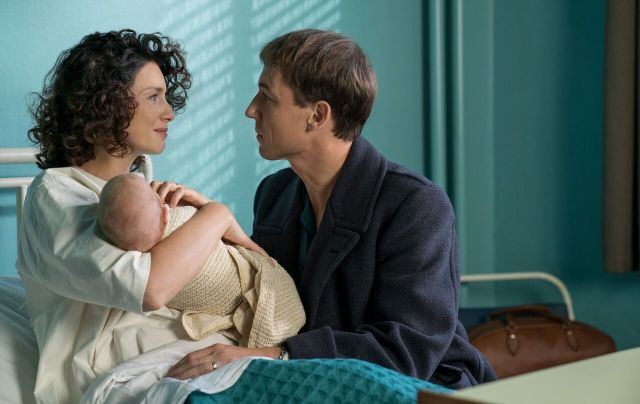 Frank is happy to see Claire, but we all know what she’s thinking! (Photo courtesy of STARZ)

Meanwhile, in the 18th century, Jamie suffers from the aftermath of his doomed last stand at the historic battle of Culloden, as well as the loss of Claire. 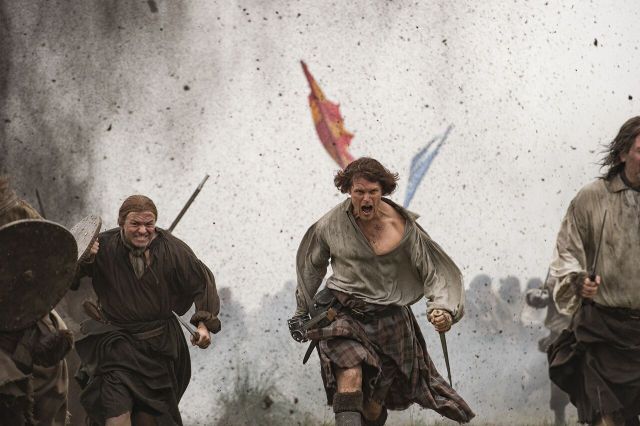 As the years pass, Jamie and Claire attempt to make a life apart from one another, each haunted by the memory of their lost love. 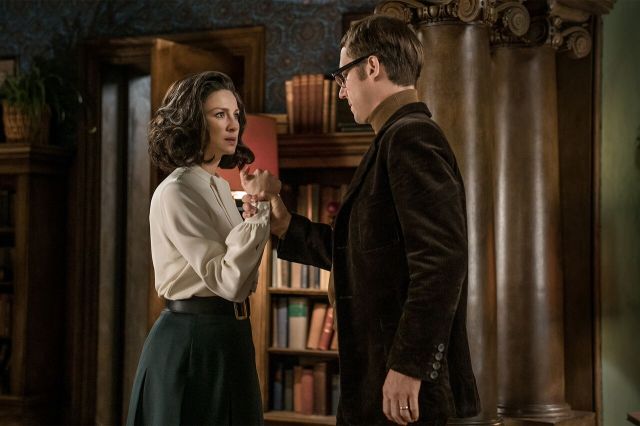 Will Frank show signs of Black Jack Randall? This photo has us running for cover. (Photo courtesy of STARZ)

The budding possibility that Claire can return to Jamie in the past breathes new hope into Claire’s heart… as well as new doubt. Separated by continents and centuries, Claire and Jamie must find their way back to each other. As always, adversity, mystery, and adventure await them on the path to reunion. And the question remains: When they find each other, will they be the same people who parted at the standing stones, all those years ago? 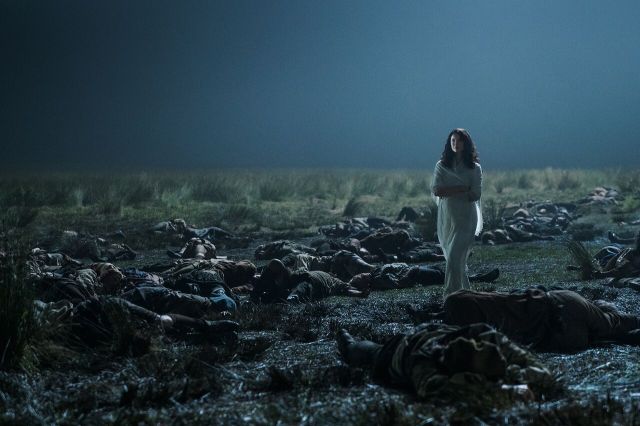 Diana Gabaldon’s eight-book Outlander series has sold more than 28 million copies worldwide and all the books have graced the New York Times best-sellers list. The “Outlander” series spans the genres of history, science fiction, romance and adventure in one amazing tale. The second season of “Outlander” won the Critics’ Choice Award for Most Bingeworthy Show, and four People’s Choice Awards, including Favorite TV Show. 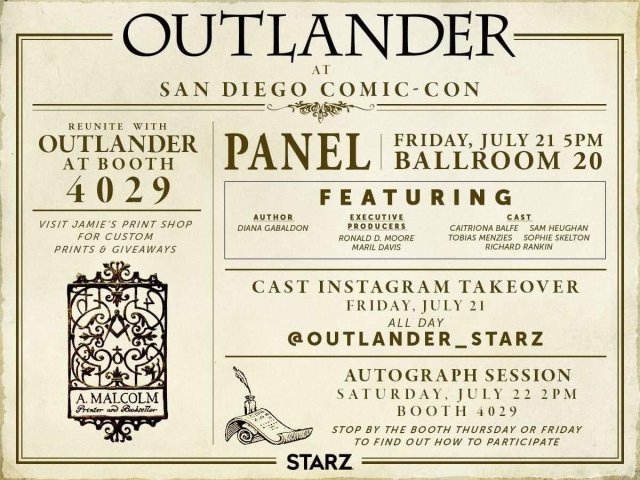 Grab your best Outlander costumes and see ya at the OL booth! 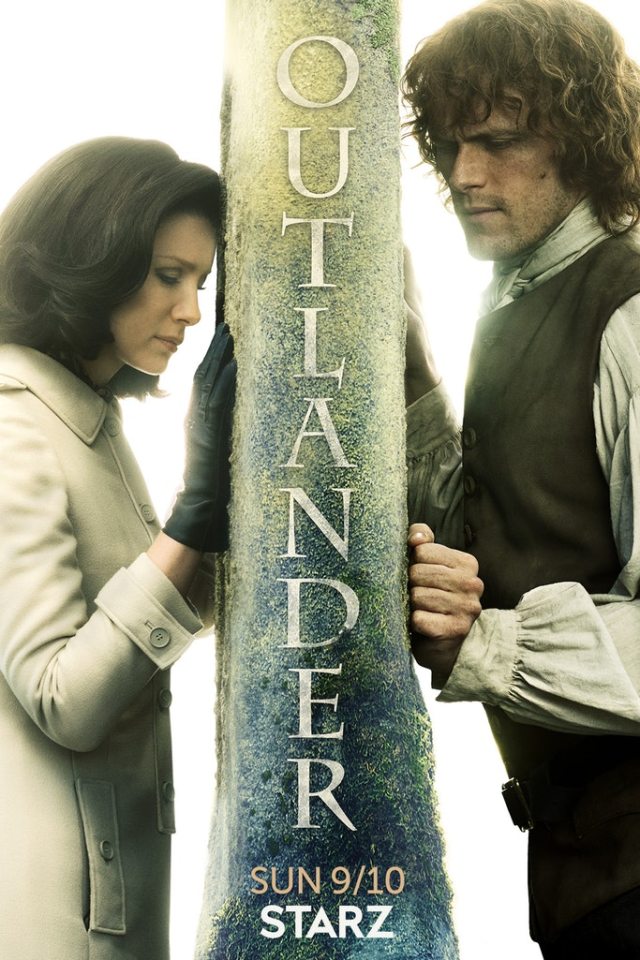