Poldark Series 3 Opener | A Quick Recap: One Wedding, Two Funerals, and a Baby

Last week’s season opener of the BBC One hit series,  Poldark, was a huge success, opening to great viewer numbers, and chock-full of everything we hoped for. And thank goodness we didn’t have to wait the length of a Diana Gabaldon novel, or the Outlander hiatus… for Poldark Series 3 to grace our screens.

The series opener saw a very pregnant Elizabeth (Heida Reed) taking all sorts of risks in an attempt to secure an excuse if that baby comes early. We don’t have to wait too long into the episode before we see our favorite (albeit flawed) hero, Ross (Aidan Turner), who gallops in to rescue her, although she seems more annoyed than grateful. It’s clear she still hasn’t forgotten their night of ‘passion’ and that Lina Lamont impression she gave, “No No No…Yes, Yes Yes!” She’s still pissed Ross abandoned her which left her with no other choice but to marry his arch-enemy George Warleggan (Jack Farthing)! I’d be riding myself off a cliff too…

Warleggan’s reach, in the meantime, grows even longer: he owns just about everything labeled Poldark and soon will own the whole Cornish coast as well. 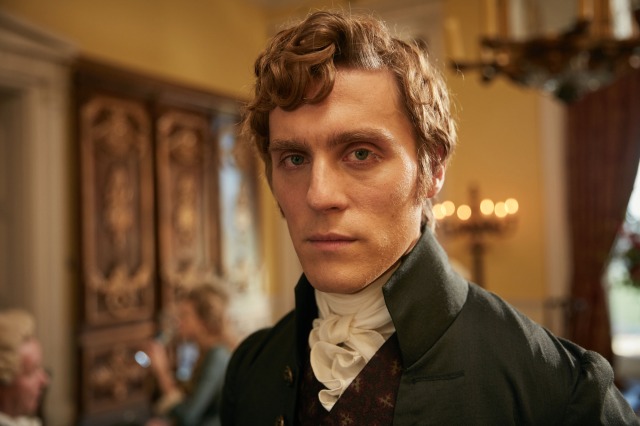 Ross is happy, if not in denial, that his family and business seems to be in order– while Demelza just looks like she wants to plant a hoe in his forehead, that is – when she’s not snuggling up to him in bed.

The most photogenic couple on television – Dr. Dwight Enys (Luke Norris) and Caroline Penvenon (Gabriella Wilde) – are reunited for a quickie wedding. The wedding night gets interrupted when Dr. Enys is called to Elizabeth’s beside – but don’t feel too bad, they had their romp in the hay before he went off to join the regiment – which explains the lack of white lace at the wedding.

Demelza’s father dies and Elizabeth gives birth under an eerie black moon that Aunt Agatha (Caroline Blakiston) proclaims is a bad omen. Ya, think? The Nampara Poldark’s are feeling it too. Demelza looks uneasy and Ross is pacing the floor like an expected father  – how will he support all these kids? 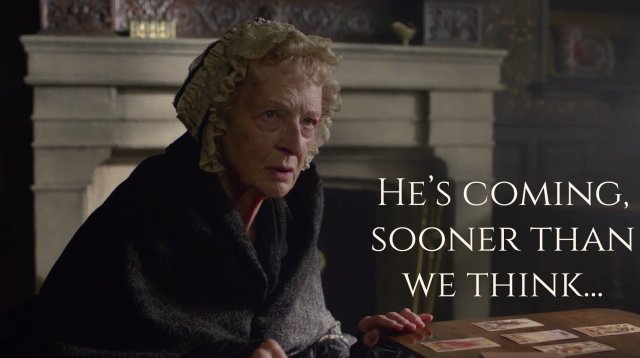 New young bloods have joined the cast in the form of Elise Chappell as Elizabeth’s cousin and Geoffrey Charles‘s new nanny, Morwenna. Harry Richardson and Tom York join as Demelza’s brothers as Drake and Sam. The Bros may have to carry the ‘hunk factor’ load after Aidan Turner professed that his shirtless days are behind him. Personally, Turner has hunk factor with or without a shirtless scything scene.

Stand out performances include Gabriella Wilde (Caroline) providing tender heartfelt moments with a dying Uncle Ray. When he finally passes away you can truly feel her pain. And young, Harry Marcus, who has joined the cast as a bit older Geoffrey Charles. He’s got a great spunky delivery and carries the character in a way that you know he’s ready to go toe-to-toe with Warleggan.

Poldark returns TONIGHT on BBC One at 8pm. Check out our PoldarkDish recap before watching tonight’s episode – then join us immediately following Poldark for a new DISH!

Like Loading...
This entry was posted in British Telly and tagged Aidan Turner, Poldark, Poldarkdish. Bookmark the permalink.