Once Upon A Time: Should Season 6 Be Their Happy Ending?

Once Upon A Time: Should Season 6 Be Their Happy Ending?

Once Upon A Time fans have had mixed feelings over the news that OUAT producers confirmed a season seven just as a mass exodus was happening with a majority of their leading actors. How is this series going to go on without their main stars? Do we even want it to? Should season six just be their much sought after happy ending?

Edward Kitsis and Adam Horowitz have created such a magical, imaginative show, one that has captured the imagination of fans around the world. From the Enchanted Forest to Neverland to Oz, OUAT fans have tuned in every Sunday to join in the adventures of their favorite fairy tale characters. But has season six had all the fans tuning in with the same enthusiasm as previous years?

Once Upon a Time TV ratings have definitely dropped in recent years, with many storylines being stretched out over an entire season. When the show started passing around the Dark One and Savior baton amongst the cast, we knew they were running out of story ideas. In recent episodes I’ve felt many choices seemed out of character for our Storybrooke friends. For example, when Hook was sent to another realm just a few moments after finally proposing to Emma then having a little quarrel with her – she wallowed for an entire episode because she thought he left her. In my opinion, I don’t feel like her character would respond that way. These two lovers have literally gone through hell together and she thought he would actually leave her after a quarrel over his killing Charming’s father…200 years ago…when he was still a villain? For me, some parts of the season are not believable. But don’t get me wrong; there have been amazing moments with Emma, especially her emotional solo in the musical episode  – albeit some people thought this was their “jumping the shark” episode.

Emma finally gained the strength she always had and proved to the Black Fairy that she has what it takes to win the Final Battle!

I also cannot deny that the CaptainSwan wedding was everything we wished for!

Emma’s gown was designed to look exactly like Grace Kelly’s wedding dress when she married Prince Rainier of Monaco. I couldn’t get over how much Jennifer Morrison actually looked like Princess Grace. Fabulous job!

Another storyline that I felt happened quite fast was the whole return of Robin Hood. Just as fans were mourning Robin’s death- he returns again! Yeay! But he doesn’t stay for dinner. Boo! 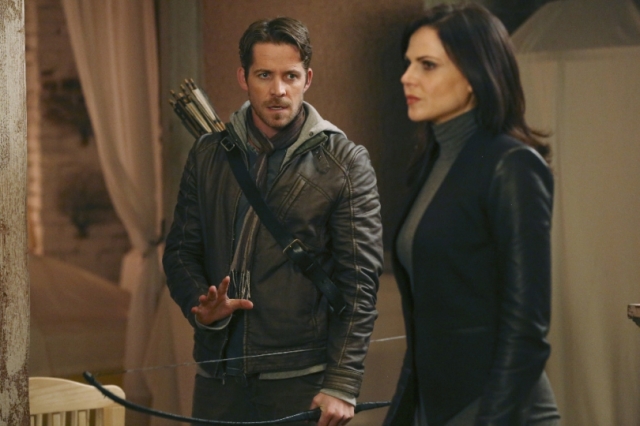 Outlaw Queen fans were devastated to see Robin go, blasting the hashtag #BringRobinHoodBack all over Twitter.  I, being one of those fans, actually got to interview Sean Maguire (Robin Hood) and asked him if he would ever return to OUAT…after all his lover needed him. Here’s what he told me:

The fans were incredibly happy over his return, even though it wasn’t really Robin Hood, just a different version of him. But, he came and went so quickly that we never really got our Outlaw Queen moment. His character did resolve the Evil Queen storyline, but Regina never actually got to say farewell to this version of Robin Hood. All of a sudden, it was mentioned that he went back to his realm, and I was sitting on my couch screaming, “Wait, what? Were did Robin go?!”

The majority of this season was spent with only one Charming awake at a time. It got to the point where I forgot that they were under this curse.

I feel like the writers have a closet… Let’s call it “The Closet of Forgotten Storylines”… in it we have Merida, Mulan, Maleficent, Cinderella, Emma’s red jacket, and anyone under the age of three.  You never know when you’ll be shanghaied and thrown into this closet… beware of this closet… this closet does not lead to the magical land of Narnia… only to the unemployment line for the poor actors that portrayed those lost characters.

Many fans have asked what happened to some of these characters? Like the Brady Bunch dog, Tiger or Richie Cunningham’s brother, Chuck, that just disappeared after a few seasons…people in Storybrooke just vanish. I guess the writers must have reasons for shoving these characters into a tiny closet, but we – the fans – never get closure. Where do they go? Is Storybrooke really big enough to hold all of these characters?

May I also ask, what on earth is going on with Rumple and Belle? One minute they love each other, and the next minute Belle is sending Rumple over the town line. In earlier seasons, this relationship kept me on the edge of my seat, but now I am completely off the chair and on the ground counting how many tiles are on the floor. Will this Twilight series ever end?

I do, however,  think Gideon (Giles Matthey), who is Rumple and Belle’s son, is a great addition to their story. Finally an element that forces Rumple and Belle to work together, their son. 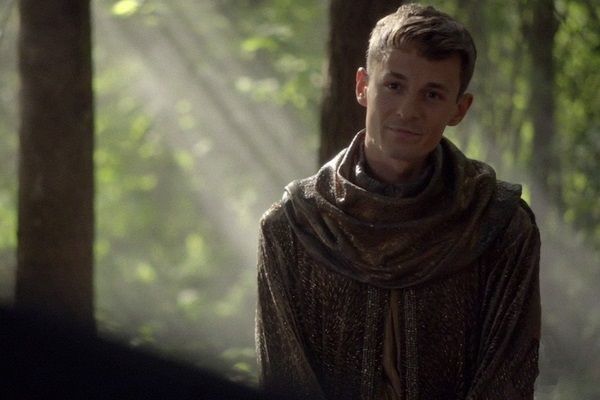 This was a perfect way to bring Rumbelle back together, but is it going to last? Where will Rumbelle be in the season six finale?

Kitsis explained in an interview, “I will say the final battle will be thematic for everybody and that Rumple, as a man who is a difficult man to love, I think he will have a very difficult choice to make again. Belle and Rumple are going to be tested, and everything that they ever wanted is going to be very temptingly close for Rumple. But like everything, it comes with a price.”

But, will it be too little too late?

Many cast members have already confirmed that they are leaving the show after this season, including Emilie de Ravin, who portrays Belle. What does this mean for Rumbelle? Will they ever get a true happy ending? And what about CaptainSwan? They finally got married and their happy beginning!

Six cast members have been announced as leaving the show, while OUAT has confirmed a seventh season. Jennifer Morrison (Emma Swan), who is making one cameo in the new season, Josh Dallas (Prince Charming), Ginnifer Goodwin (Snow White), Emilie de Ravin (Belle), Rebecca Mader (Zelena), who posted she is not leaving by choice, and Jared S. Gilmore (Henry), who is being replaced by an older actor.  But, what do the fans think?

There are many furious Oncers, but there are also hopeful ones.

In the end, I guess hope is what Once Upon a Time is all about.

“Believing in even the possibility of a happy ending is a very powerful thing!”– Mary Margaret Blanchard

There are Oncers who are incredibly glad to see Regina (Lana Parrilla), Hook (Colin O’Donoghue), and Rumple (Robert Carlyle) lead OUAT into a seventh season. But what does this mean for their characters?

I am quite interested in the paths that these characters are going to take in the upcoming season. The show is going to look completely different. Are Oncers ready for that? Hook without Emma, Regina without Henry, and Rumple without Belle.

Will they all return to being villains? Will they still be chasing the elusive ‘happy ending’? Will season seven ever measure up, or should the creators just end the story at the Final Battle? Should season six be their happy ending?

What do you think? Leave your comments below!

2 Responses to Once Upon A Time: Should Season 6 Be Their Happy Ending?