Posted on January 24, 2016 by The Anglophile Channel

The Whovian world was shocked when BBC announced that show-runner Steven Moffat would be handing over the keys to the TARDIS following the upcoming 10th Anniversary Season. Equally as shocking was the news that NO regular episodes would air in 2016, save for a Doctor Who Christmas Special so that they can prepare for an exciting, and no doubt, emotional goodbye season for Moffat. 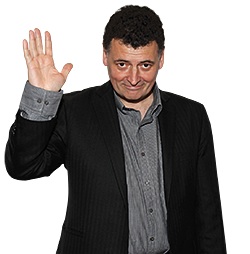 Steven Moffat, handing over the keys to the TARDIS after the 10th Season

In a statement released by the BBC, it was announced that the multi-award winning Steven Moffat has decided to step down as the lead writer and executive producer of Doctor Who, after six incredible series at the helm. Replacing Moffat will be Broadchurch creator, Chris Chibnall.

Steven Moffat says: “Feels odd to be talking about leaving when I’m just starting work on the scripts for season 10, but the fact is my timey-wimey is running out. While Chris is doing his last run of Broadchurch, I’ll be finishing up on the best job in the universe and keeping the TARDIS warm for him. It took a lot of gin and tonic to talk him into this, but I am beyond delighted that one of the true stars of British Television drama will be taking the Time Lord even further into the future. At the start of season 11, Chris Chibnall will become the new showrunner of Doctor Who. And I will be thrown in a skip.”

The announcement shook the Whovian world to say the least.  The Anglophile Channel’s Timey Wimey Show host, Juliette Boland, caught up with 11th Doctor, Matt Smith, who said he was ‘sad’ that Moffat was leaving adding that the award-winning producer had done so much for his career as well. He also added that Moffat “pretty much IS Doctor Who”. Watch his reaction here: 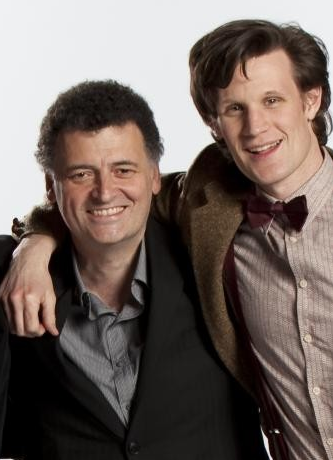 Steven took over the reins of Doctor Who on Season 5 in 2010 and during his tenure the show has become a truly global success.

He has been responsible for introducing the Eleventh and the Twelfth Doctors in Smith and Peter Capaldi; as well as two companions Amy Pond (Karen Gillan) and Clara Oswald (Jenna Coleman) and iconic characters and monsters including River Song (Alex Kingston), Missy (Michelle Gomez), Rory Pond (Arthur Darvill) and the terrifying Weeping Angels. Plus, the smash hit 50th Anniversary special in 2013 which saw fans around the world celebrate the world’s longest running sci-fi series with the Doctors, Matt Smith, David Tennant and John Hurt battling the deadly Daleks in a feature length episode. 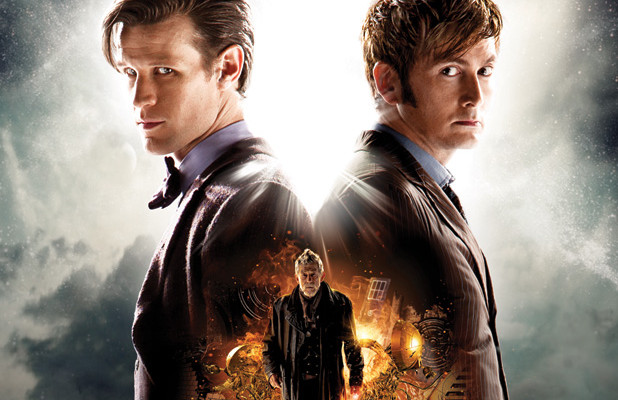 Like Steven, new show-runner, Chris Chibnall, is also a lifelong Doctor Who fan and a multi-award winning writer and executive producer. He has most recently achieved huge success with the triple BAFTA winning hit series Broadchurch, which stars 10th Doctor David Tennant.  Chris Chibnall’s debut season will launch in 2018. 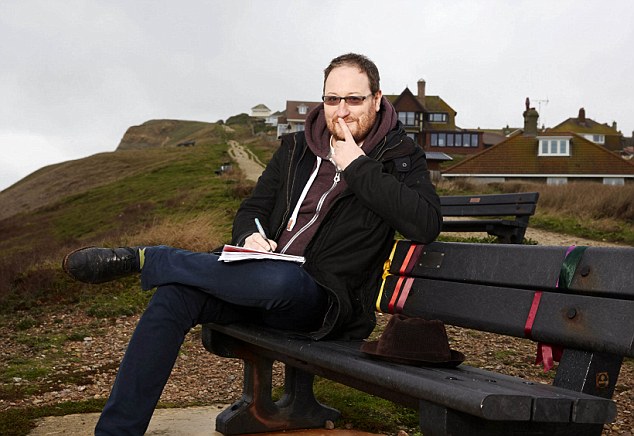 Chris Chibnall said, “Doctor Who is the ultimate BBC program: bold, unique, vastly entertaining, and adored all around the world.  So it’s a privilege and a joy to be the next curator of this funny, scary and emotional family drama. I’ve loved Doctor Who since I was four years old, and I’m relishing the thought of working with the exceptional team at BBC Wales to create new characters, creatures and worlds for the Doctor to explore.  Steven’s achieved the impossible by continually expanding Doctor Who’s creative ambition, while growing its global popularity. He’s been a dazzling and daring showrunner, and hearing his plans and stories for 2017, it’s clear he’ll be going out with a bang. Just to make my life difficult.”

Steven’s final season will air on BBC AMERICA and BBC One but we have an excruciatingly long time to wait: Spring 2017!! But, as a bit of a consolation prize, there will be a Christmas Special in 2016.

Lady Anglophile….feeling a bit of a weepy angel.