Posted on January 14, 2015 by The Anglophile Channel

Fresh off the worldwide success of The Hobbit: The Battle of The Five Armies, Richard Armitage has joined the cast of NBC‘s Hannibal as the terrifying serial killer, Francis Dolarhyd, a.k.a. The Tooth Fairy!

A brilliant performance in The Hobbit has led to NBC’s Hannibal.

But this ain’t your five-year old’s tooth fairy. He won’t be putting quarters under anyone’s pillow. Based on the main character in the Red Dragon novel by Thomas Harris, Dolarhyd is described as a large, strong, muscular man driven by an inner torment that causes him to stalk and psychotically murder seemingly random families during sequential full moons.

And, don’t expect to swoon over the gorgeous Mr. Armitage as Dolarhyd, ladies, because this character will sport an upper lip scarred by a harelip, and uncommonly large sharp teeth which he apparently uses to bite off portions of his victim’s bodies.  We’re talking bloody gruesome!

However, he might have a hot bod to expose as Dolarhyde is a bodybuilder and, as described in the novel, could have competed in regional bodybuilding competitions. That and a huge red dragon tattoo’d across his back might give you just enough beefcake to ignore the blood dripping from his mouth… 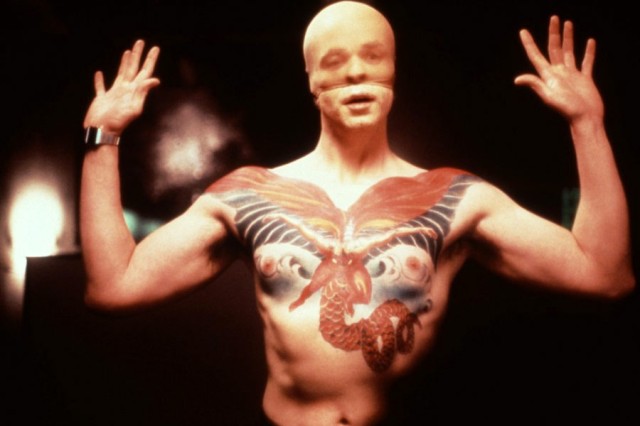 Also, played by Ralph Fiennes in the 2002 film adaptation with Anthony Hopkins as Hannibal Lecter, the Dolarhyd character becomes obsessed with the William Blake painting The Great Red Dragon and the Woman Clothed in Sun, which gives voice to his Schizoid personality disorder…believing that by killing people he is ‘transforming’ them thus helping himself to become the dragon. 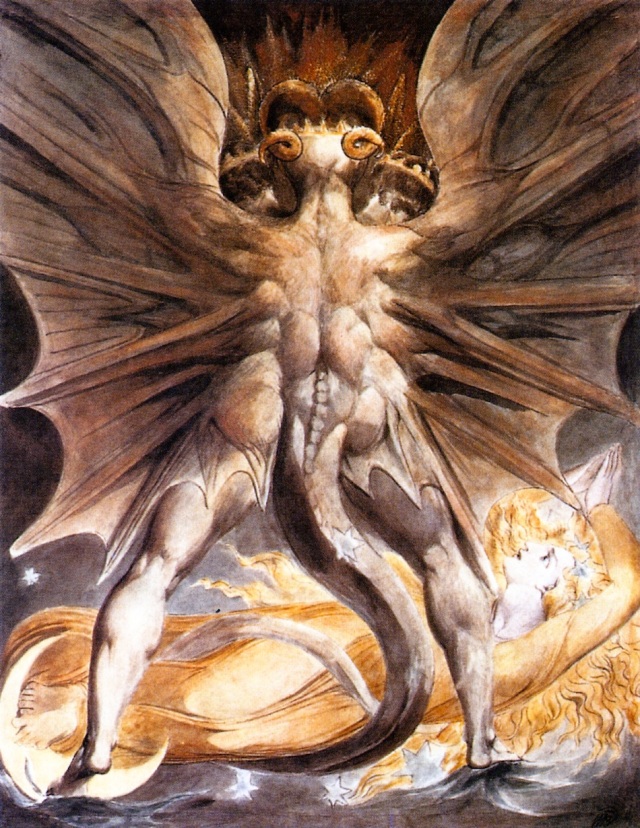 Dolarhyd’s obsession, “The Great Red Dragon and the Woman Clothed in Sun”

Giving Buffalo “It puts the lotion in the basket” Bill a real run for his money, Dolarhyd does not simply kill his victims. That would be boring and not fitting of a man who was abandoned by his mother, abused by his grandmother and ended up in orphanages.  No, his “modus operandi“  is to start by taking out the family pet as a sort of ‘appetizer’, followed by the paternal figure (to remove any ‘threat’)…then he kills the mother whose corps he likes to rape while the dead children ‘sit up and watch’, broken shards of mirror placed in their eye-sockets – which he obtains by smashing mirrors in the house-to make them seem more lifelike.  Abused or not, this is a truly messed up character.

Armitage fans know the kind of dedication that goes into each role he tackles so if he’s absent from social media for awhile…one can only imagine he’s pumping up and traveling to the depths of Schizophrenia in order to fully envelop Dolarhyd.  Christ! And we thought The Crucible was rough on him! I think it’s best to give him his space on this one…. 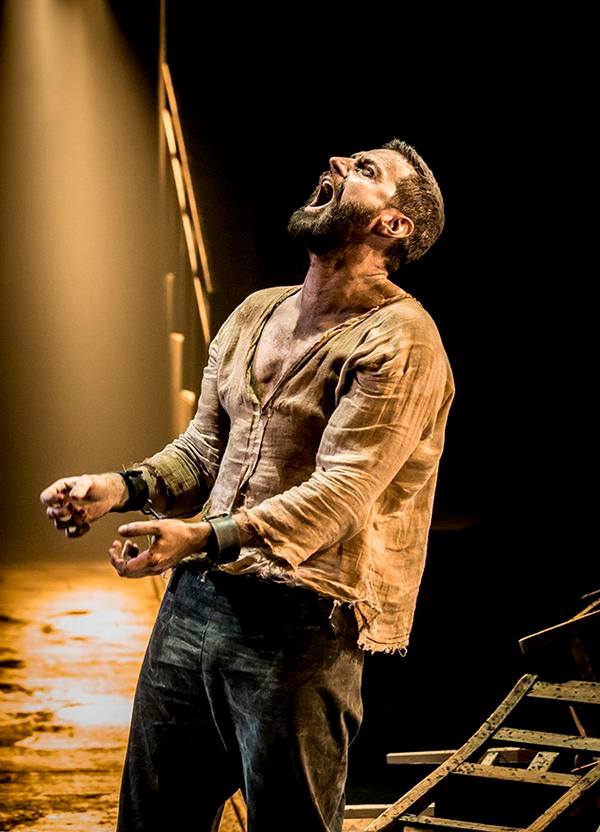 Armitage in the most heart wrenching performance of his career.

The casting search for the role began back in November 2014 during The Hobbit world press tour. I’m sure it didn’t take long for NBC execs to notice the immense talent exuding from the screen as Armitage turned in his final portrayal of the dwarf king, Thorin Oakensheild spiraling majestically into madness. Brilliant work that deserves worldwide notice! 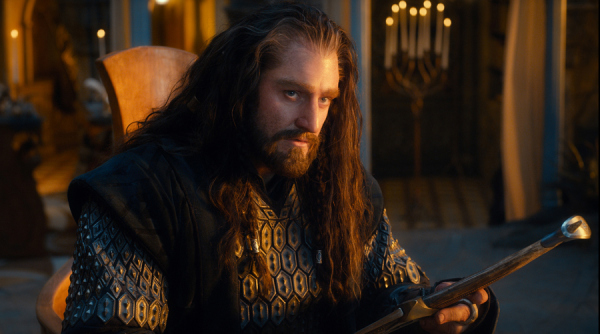 While “The Psychotic Tooth Fairy” might not be the kind of role that will allow for much femme fantasizing…(unless you have some serious issues)…or sexy fan art memes, this is definitely a role that can set Armitage on the path toward the kind of recognition his talent has long deserved! I predict an Emmy.  Just make sure TAC gets the first interview, Richard! 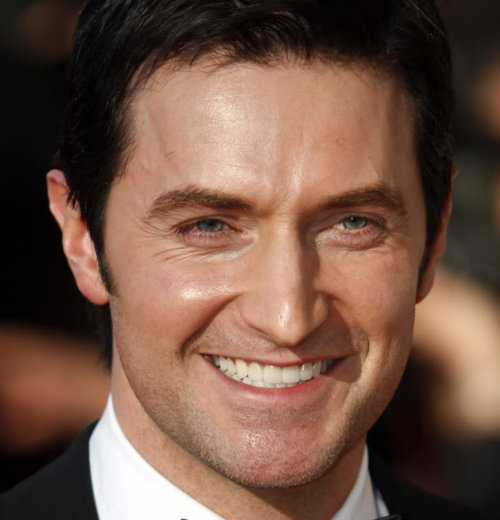 Yeah…say goodbye to this guy for awhile.

Like Loading...
This entry was posted in Armitage Alerts! and tagged Hanibal, Richard Armitage, The Hobbit. Bookmark the permalink.