Say it isn’t so!! It has just been announced that Colin Firth, the very one I was joking about not being able to ‘hear’ as the lovable Paddington Bear, is leaving the film and taking his voice with him! I KNEW there was a reason why we weren’t hearing the bear’s voice in any of the released trailers.

Paddington cleans his ears out because he can’t believe what he’s hearing….Colin Firth is out!

In a statement released to Entertainment Weekly, my favorite Academy Award winning actor said, “After a period of denial, we’ve chosen ‘conscious uncoupling’.”  Firth went on to say that the decision to leave Paddington was a mutual one. “It’s been bittersweet to see this delightful creature take shape and come to the sad realization that he simply doesn’t have my voice,” Firth said. “I’ve had the joy of seeing most of the film and it’s going to be quite wonderful. I still feel rather protective of this bear and I’m pestering them all with suggestions for finding a voice worthy of him.” 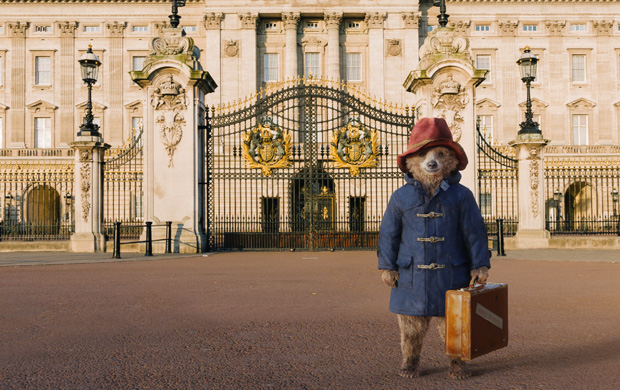 Who do YOU think should voice Paddington?

Despite the trailer having already hit the internet…(not to mention MUCH begging to The Weinstein Company by The Anglophile Channel to cover the film’s red carpet premiere)..and a majority of the film already in the can, director Paul King said the split was amicable adding in a released statement, “I cannot thank [Firth] enough for his contribution to Paddington. We love the voice and we love the bear, but as our young bear came into being we agreed that the two didn’t seem to fit. So, with somewhat heavy hearts we decided to part ways.”

Well that is disappointing indeed as this Anglophile was most certainly looking forward to hearing Mr. Firth as the cuddly bear from darkest Peru. Entertainment Weekly stated that its rare that an actor leave a project this late in production but not uncommon for voice talent to ankle a project.  I loved the trailer SO much that I’m sure I’m going to love Paddington no matter who replaces Colin….but please…make it a Brit 😉  Watch the trailer and tell me if you agree:

No replacement has been announced as of yet but the film’s release date remains November 28th for the UK and Christmas Day for the US.

Who do you think should replace Colin as the voice of Paddington Bear?